Posted at 12:53h in Album Reviews, Music by Troy Micheau 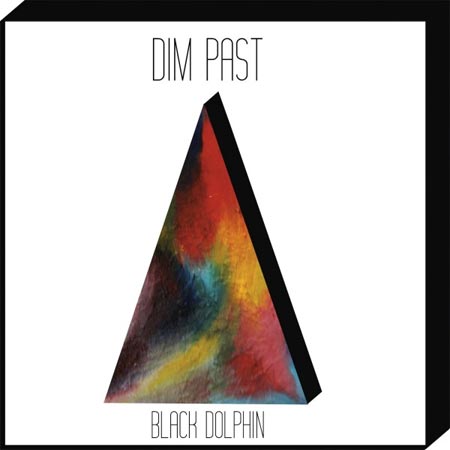 Dim Past probably isn’t going to get too much DJ love for his new EP, Black Dolphin. That’s not a statement about the quality of the music therein, mind you — nor do I mean to suggest that it isn’t danceable. The thing is that this lo-fi rager sounds like the shredded fragments of techno waveforms managing to escape from the confines of your local basement show’s shitty PA speakers. Where many modern producers aim for precision and clarity, hoping to have their babies pushed out through Funktion-One speakers or blasted into miles of Euro festival goers, Black Dolphin is submerged under a dank ass layer of lo-fi resin more commonly found caked around Bay Area psych rock tapes and ultra-limited hardcore 7″s.

I mention those unrelated genres because while there are certainly people out there making harsh techno (Regis and Marcel Dettman come to mind), it’s been a while since electronic dance music has sounded this DIY; the record has the feel of Surgeon’s Force+Form in terms of presentation. Case in point is lead track “Ghostlord Masterclock”, a 4/4 stomper that shreds with the intensity of Jeff Mills’ dystopian Waveform Transmissions. The track says something about the adrenal dump of techno in its rawest form; this is the way it sounds in your gut rather than your ears after hours of sweating under the glare of a nonstop kick drum pounding on the one. It also serves as a wonderful example of the American underground’s turn towards EDM. Where once our oscillators churned out heaps of white noise into surrealist oblivion, recent years have seen those feedback loops start to wrap themselves around that instantly recognizable beat — that not only harkens back to the club, but to the instinctual metronomic pulse on which we humans have based our movements since time immemorial.

“Night Shade” is similarly oppressive, but rather than pacify with a kick drum, it dances around a mangled sample which recalls the dingey experiments of Manchester’s early industrial scene. This track isn’t as instantly arresting as the other three songs, but it explores more thoroughly the brooding atmospherics that line the edges of the EP, adding depth to the overall work.

Black Dolphin isn’t all grim dance floor battery however. Melodic Autecherisms seep through on “Spectre in Wire” and the gorgeous and fantastic “Winter for the Machine” — the latter of which I can’t wait to jam on a long walk to work next fall. These tracks balance the other two more brutal jams, making for a dynamic seesaw journey through the possibilities of the Dim Past sound and showcasing an emerging artist with an ambitious but still-forming vision.

Yet the last point I’d like to make about this EP doesn’t have so much to do with the music therein, but more to do with the PR. I’m totally tired of people trying to sell me on something because, “It’s all analog, dude; no computers involved.” Dim Past is referred to as using “Occult Circuitry (no computers)” which is just fucking silly. Of course an analog synthesizer is going to sound better than a soft synth, and the tape recording was definitely essential to the overall sound of this particular EP — but if a song is good then it’s good, regardless of the tools involved. No one should get cred simply for using arcane gear. What matters is what they do with it. And really, beyond personal preference, I fail to see the difference between writing music on analog gear and sampling it into a Korg ESX-1 to perform live (Dim Past uses two at his shows) versus sampling it into Ableton. Richie Hawtin performs with a laptop, and is anyone going to call Dim Past or anyone else riding this wave more legit than him or any of the other legendary figures who operate in both the digital and analog realms? And to those who say they want see a performance, not a DJ set, it doesn’t have anything to do with the equipment; it’s all about how the person chooses to use it. To me, this whole thing just sounds like dudes looking to score points before anyone has even had a chance to listen. It’s a club shrouded as an outsider group, and it just shouldn’t matter.

Qualms with the press aside though, Black Dolphin is a solid example of the American DIY noise and experimental scene’s ongoing love affair with techno. Black Dolphin is recommended for those stoked on Pete Swanson, Motor Records, all the other aforementioned artists, etc.