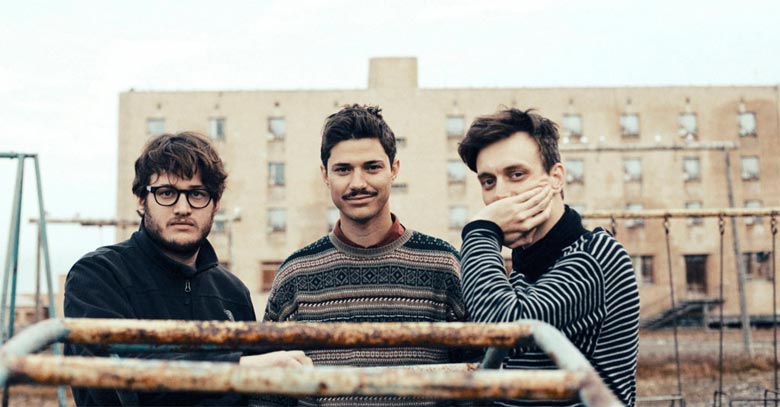 Efterklang’s latest album, Piramida, is more than just an exercise in songwriting; it is an attempt to connect the creation of an album with a specific location. The site where the band chose to record is a veritable ghost town, an abandoned coal-mining colony still controlled by the Russian company that left it behind in 1998. Situated between the Arctic Circle and the North Pole, the place is empty, bitter cold, and only reachable by boat. Piramida shares its name with this strange place, and the eerie and wonderful sounds collected there ultimately comprised the album’s distinctive structural elements.
“You can for sure say that the context directs the music in a certain direction. Songs written on guitars come out different than songs written on pianos. A ghost town is quiet and a perfect place to make recordings. It is a brilliant setting for recording sound.” – Rasmus Stolbreg of Efterklang

Piramida (Пирамида), or the pyramid, is a Russian settlement and coal mining community on the archipelago of Svalbard, Norway. It is referred to as Pyramiden in most Scandanavian languages.

Piramida was founded in 1910 and sold to the Soviet Union in 1927. It is owned by the state-owned Russian mining company, Trust Arkitkugol, and had over 1,000 inhabitants at its height. It was abandoned in 1998 and has remained largely abandoned and intact — but in 2007, Trust Arkitkugol began upgrading the local infrastructure in order to accommodate tourists. The settlement now has a working guest hotel, and one can visit it independently or via guided tours. 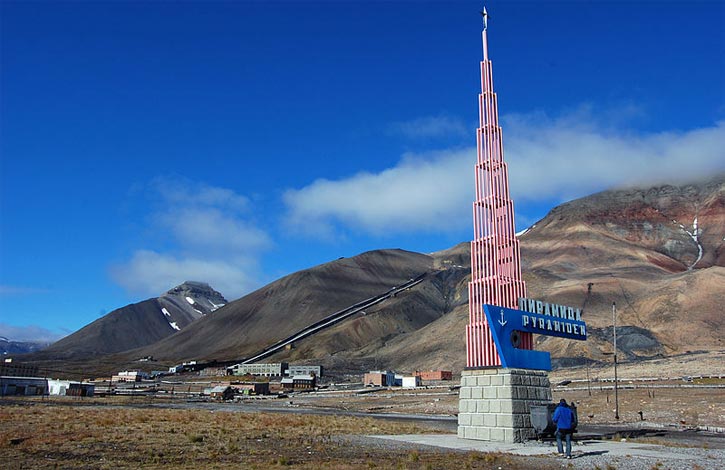 The monument of Pyramiden, with the last ton of coal extracted from the mine behind it. 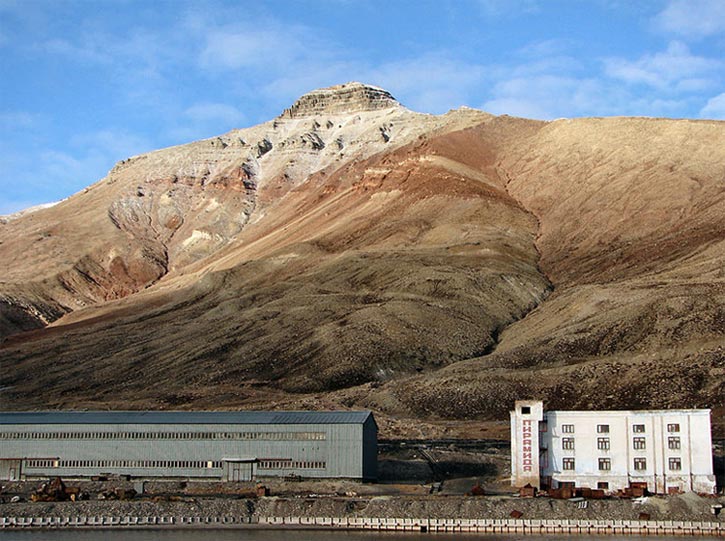 The port of Pyramiden and the mountain giving the settlement its name. 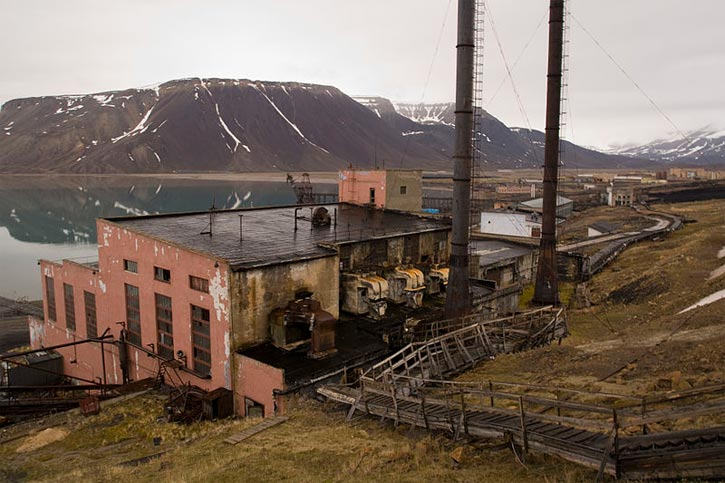 Unfettered by the sonic nuisance of a living city, Piramida presented an entirely unique acoustic environment for the recording of Efterklang’s fourth full-length. The Danish band was instantly enamored with its location, which afforded the group certain opportunities most conventional recording studios could not. For instance, the world’s northernmost piano still stands intact at Piramida; its existence was a prime selling point for Efterklang.

“When we got introduced to Piramiden, we just knew that was the place we wanted to go,” recalls bassist Rasmus Stolberg. “It is a cool thing to be able to say back home at the traveller’s club that you have played that grand piano.”

Beyond the lure of superlative opportunities, the impetus for recording in a ghost town came from a strong commitment to the idea that the context in which an album is recorded is extremely important to the entire process.

“You can’t say one context is better than another, but you can for sure say that the context directs the music in a certain direction,” explains Stolberg, comparing the deserted city of Piramida with busier settings. “Songs written on guitars come out different than songs written on pianos. A ghost town is quiet and a perfect place to make recordings. It is a brilliant setting for recording sound.”

Although accessible to tourists from the northern Norwegian archipelago, Svalbard, visitors are only allowed a mere one to two hours on Piramida’s mysterious shores. With such restricted access, the band was forced to call upon their resourcefulness, by hitching a ride with German documentary team.

“It is quite a long boat ride,” says Stolberg. “We needed permission to stay for 9 days and access every building, and for this, you need to get permission from this Russian state-owned mining company. They are not easy to dance with. We never got permission, but we got lucky and were able to sneak in undercover using the same permission as this German TV production team who helped us out.”

Armed with a moderate collection of recording gear, the band greeted the abandoned city with a sense of ambitious wonder and took from its innards the sounds that would make up their newest album. Exploring the city, they collected sonic delights and interacted with their surroundings; they banged on corrugated metal and sang into pipes. Particularly fond of percussion, Efterklang found in Piramida a wonderland of things to pound on.

“Drums and percussion have often been the starting point for us. With the many field recordings from Piramida, we had so many options for making percussive parts. My favorite percussion instrument that we found up there can be heard on the very first song on the album,” Stolberg recalls happily. “Those first 25 seconds are played and recorded live in the arctic.”