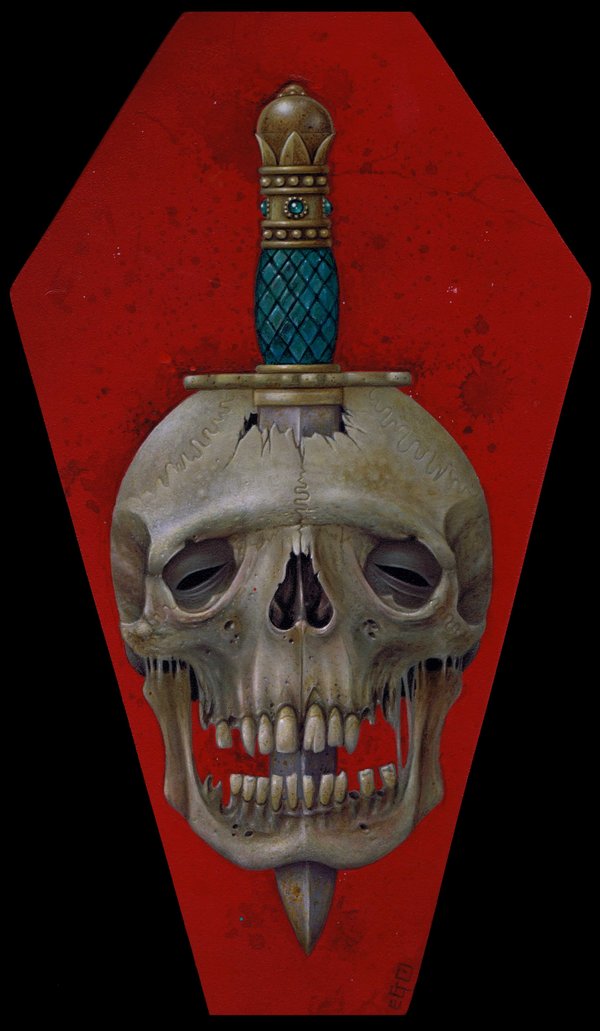 Vee Hua 華婷婷2 min readSeptember 27, 2009Add comment
Seattle-based artist Ego is one of the most technically-proficient street artists the city has seen as of late. Nonetheless, one might be able to argue that Ego has defined his style of dark, detailed renderings of skully things and creepers so well that one can kind of expect more or less what to see at one of his solo shows. Not so, kids!

His upcoming solo show at the new Flatcolor Gallery may feature pieces containing similar subject matter — after all, artists draw about what they like — but the style will feature a lighter color palette and an altogether different feel.

It’s guaranteed to be a great show, though; every time I see one of Ego’s pieces in a group show, I pretty much wish all the other pieces in the show would be replaced by his pieces because Ego’s attention to detail is simply astounding (I’d hope so; the dude’s a tattoo artist, after all). But as that fantasy has never become a reality, it’s exciting to see that he’ll be getting a show all to himself! Finally!