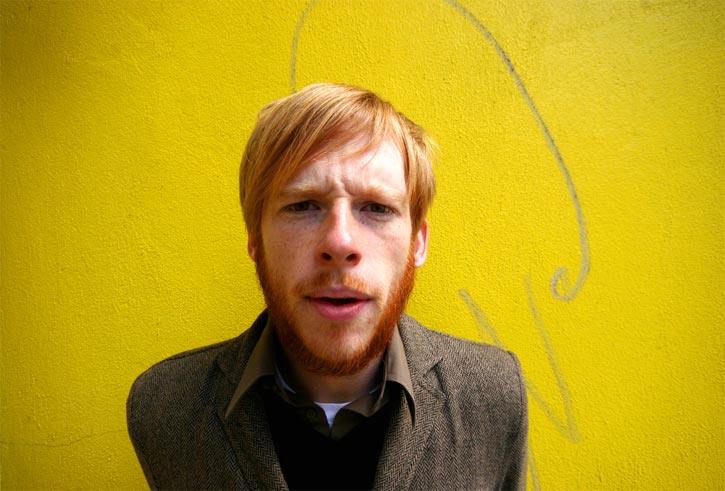 “If I was writing the same songs at 29 that I was at 18, I would have a real problem with that — both aesthetically and emotionally.” — Kevin Devine

For the last ten years, Kevin Devine has had some musical presence in my life. In 1999, I snagged a Fadeaway Records sampler at a Get Up Kids show which featured a song from Devine’s old band, Miracle of 86. From that point on, I was hooked on his ability to combine pop-structured sets with impeccably sung lyrics on topics topics ranging from the troubles of the human heart to the troubles of the United States Government.

For many people in the indie rock scene, there’s a general sense that many songwriters find emotions from within and hope that people immediately connect with them; for Devine, he is his own toughest critic. “That’s ultimately who you’re writing for,” says Devine about his style of self-editing and utilizing of himself as his initial audience. “If you don’t like it and other people like it, [it doesn’t work.] I’m sure there are other people who have that career and some of them are probably very rich, but I have to like it.”

In a world where the independent music scene is ruled by fashion and gossip, Devine and his backing troupe, The Goddamn Band, remain rare figures — those who value their art more than an image — and Devine’s ability to be honest has spilled over into his latest release and fifth solo album, Brother’s Blood.

Unlike the albums that preceded it, Brother’s Blood is a full-on rock album with a range from quiet to caustic moments, but Devine is still able to keep the elements of importance in the world around us (check “Another Bag of Bones” and “Tomorrow’s Just too Late” for lyrical evidence) and balance literal songs with narrative sensibilities (“Murphy’s Song”).

“I’d like to think that you get a little better and a little focused [with your songwriting]. If I was writing the same songs at 29 that I was at 18, I would have a real problem with that — both aesthetically and emotionally,” he explains. “This record just manifested itself over the course of a year and a half… The thing with this record is that the songs started writing themselves and felt a little more formless and could go in different directions.”

In talking with Devine about the stylistic shift from his introspective work with Miracle of 86 and Circle Takes the Square, his debut solo record, he sheds a little light on the shifting priorities in his personal life. “[September 11th] happened, and I graduated college. Life experience dictated to me that there were more important things to be writing about beyond just girls or lack of girls or my own insecurities.”

For his first headlining run across the United States, Devine is the featured artist, merch person and tour manager. Despite being really busy, he has still managing to stay sane, or at least grounded, about his current situation.

“The point is the creative part of it, but you don’t want to be naïve and act like there’s not a business side of things,” he says. “It’s not the side of things I feel most comfortable with, but this is how I make a living.”

Though he’s been a staple in the indie scene for over a decade, Devine has been able to do larger tours in the last few years, which was partly propelled by his short stint on Capitol Records, the troubled label that released his fifth record, Put Your Ghost to Rest. Now on Favorite Gentlemen, a Sony-distributed imprint, Devine is back to being on an indie with a stable support system.

“Favorite Gentlemen has done a better job of promoting this record than Capitol did,” Devine says. “Favorite Gentlemen is two dudes in an actively touring, busy band (Manchester Orchestra); that’s fucking crazy that they’re doing a better job than a multi-national conglomerate that has, like, 6,000 people in house to help [them] do a good job. These guys are doing better, and I could literally name for you all five people who are involved in working on my record, and one of them is an intern.”

At press time, with all the stylistically dynamic songs on Brother’s Blood, the pop-tinged tune, “I Could Be with Anyone” has been pegged as the de facto single. Following this interview, Devine debuted a music video for the song.

“It wasn’t written to show anyone that I could write a pop song. I know if I wanted to write pop music, I could do it. There are some people who are brilliant at it and I’m not like that, but I know my way around a melody and a hook.

“But that’s not how my music expresses itself most readily. I like the hook that’s a little bit more subtle… Even [“I Could Be with Anyone”] is weird. It’s funny to me that people have picked it to be the ‘single.’ It’s like ‘verse/verse/verse/bridge/guitar solo/verse/outro.’ There’s no chorus; it’s just up-tempo, and there’s a catchy melody.”

For his future plans, much of Devine’s foreseeable future is already scheduled. He will go to the UK with Brand New and Manchester Orchestra and then come back stateside to do a short acoustic run. In any case, Brother’s Blood will no doubt be a milestone in Devine’s already illustrious and continuously growing career.