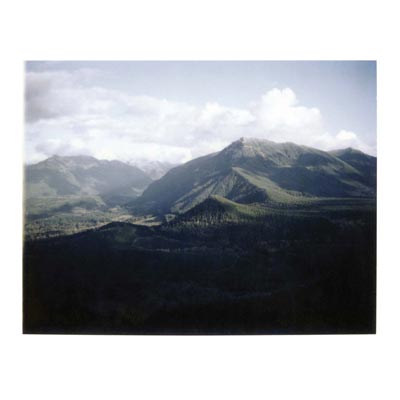 post harbor. – They can’t hurt you if you don’t believe in them. Album Review Without question, post harbor. is easily one of Seattle’s most underrated bands at the moment. Their debut album went under the radar back in 2007, but their sophomore release, They can’t hurt you if you don’t believe in them., is one that definitely can’t be ignored.

For the people who read my reviews on a semi-regular basis, it’s pretty clear that I’m a rather picky when it comes to music that I like and, furthermore, even more so when I can find a record that I have very little to pick apart from.

post harbor.’s new album is the rare occasion where I’m immediately captivated from the first few bars of actual music that I hear. Most of the record is instrumental with bits of vocals between grand parts (“Shirakashi” and “With A Line Graph I Can Tell The Future” come to mind), which ultimately brings about comparisons to Explosions In The Sky and Sigur Rós.

Yet, unlike those bands, post harbor.’s music is a little easier to digest; towards the end of “They Can’t Hurt You,” lies the song “For Example, This Is A Corpse,” which starts off with a typical indie rock intro before breaking off into an angular jam. In fact, most of the songs on this album are completely unexpected hits in their own right.

The thing I like most about post harbor. and this record is that they don’t cater to any type of niche per se, and they don’t pull any punches. There are too many bands that seem like they intentionally dumb down their music or ability to play music to sell records or downloads (check the website StuffYouWillHate.com if you don’t believe me) and post harbor. doesn’t insult people by making music for fickle scene kids. It’s challenging and enjoyable and definitely the kind of thing that people should be listening to.

I’ve seen these guys live and have both CD’s….they are definitely growning on me. Really looking forward to furture offerings. This may sound a little strange, I’m an “old guy” and I could swear I hear a little Jethro Tull influence. :-} Mike