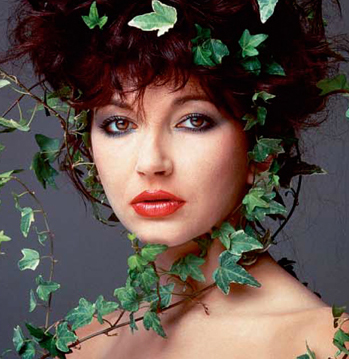 The album features 7 new tracks set against a background of falling snow, with a total running time of 65 minutes; through a highly evocative musical and lyrical landscape this haunting album once again pushes the boundaries.

50 Words For Snow is KATE’s second album release of 2011, following Director’s Cut which was released in May to massive critical acclaim.

KATE BUSH has been cited as a huge influence on a range of artists from newcomers like Florence and the Machine and Feist to established artists like Tori Amos and Bjork; she has also been praised by figures as diverse as OutKast, Tricky and Sex Pistol/PIL legend John Lydon who said; “Kate Bush supplies me with all the clues and it’s up to me to put the answers together, and that surely is what we are all looking for”.

Writing about Director’s Cut British rock weekly NME said; ‘Kate Bush is the most influential British female artist ever. No Kate Bush – no PJ Harvey, Cocteau Twins, Bjork, Tori Amos, Joanna Newsome, Goldfrapp, Bat for Lashes; it’s not only female solo artists either – Radiohead, Suede and Patrick Wolf are all fans whilst her distinct falsetto is evident in the output of Anthony and the Johnsons”.