“Subculture as we know it is dead and it’s all the internet’s fault.”
Chicago producer Johnny Love, aka Deathface, in a recently popular Tumblr post

This is hardly a recent concern; the topic has probably been blogged and tweeted more often than Miley Cyrus. It can be traced back as far as The Microphones’ recorded their own We Are The World with 2007 single “Get Off The Internet”, and has probably been around since computer’s started talking to one another.

On The Window Wants The Bedroom, the debut full-length from Biosexual, the trio of prolific sound artist Zac Nelson, along with Michael RJ Saalman and Jocelyn Noir, it seems like Biosexual is more interested in reflecting the surreal state of modern living through information technology than in smashing the system.

Biosexual are very much a product of the internet. They cobble together bizarre mutant vocals with surreal lyrics, rigid trap beats, and a chorus of synthesizers that reference at least 5 underground dance movements. Call it technological pop, or breakbeat bricolage, this is the sound of information overload, the result of 10 years of listening to everything under the sun.

{{ FULL ALBUM STREAM AFTER THE JUMP }}

Everybody’s worrying about how the internet is subverting and destroying youth culture, that we are slowly becoming batteries for the Matrix, or placid fatsos in zero gravity, like in Wall-E.

They forget that while the simulacrum may be spreading by the second, real life is still going on. People gather in bedrooms and basements and make music. The problem facing artists now is how to make fresh and interesting music, when it seems like everything’s already been said, and everybody is telling you that you’re a cliché and a facsimile.

The answer is to say fuck it all; to rip it up and start again. We are seeing the start of a new youth movement, post-genre, that will use everything they’ve ever seen or heard and any tool at their disposal to make it. The intimidation and promise of the blank page is the same as it ever was. Every artists must decide for themselves what they are trying to say, and use the basic building blocks of rhythm, melody, harmony and structure to accomplish this. The Window Wants The Bedroom sounds pretty experimental, at first glance. Dense arrangements and fractured song structures meet mechanical vocals and genres spin by like a roulette wheel. A lot of this record sounds, well… weird. But we’ve all heard Animal Collective, right? We should not be deterred by “strange”, at this point. Dig past the psychedelic sheen, and there are moments of true pop genius here. “Naked And Feeling It” could be “Let’s Get It On” for freaky couples, “Fun Boy” sounds like Fever Ray meets Grouper, and “Shine My Noon” is smooth, vibe-ridden downtempo, that manages to be both romantic but still dangerous. It’s sexy.

Biosexual is defined by Urban Dictionary as “one who gets aroused by nature”. One gets the feeling of people who are burned out and dusted from staring at screens, going outside and being struck by the cool crispness of the air. In this new nature, musical genres interact in a complex ecosystem; synthpop flitting like butterflies through the tangled brambles of dubstep and trap.

Seattle’s Debacle Records are departing the internet for the real world on this release, as well. They’ve been giving away adventurous, avant-garde music for free since 2006, and have branched out to include an experimental music festival every summer in Seattle. It warms my heart to see this get the LP treatment. There is life after the internet, after all. 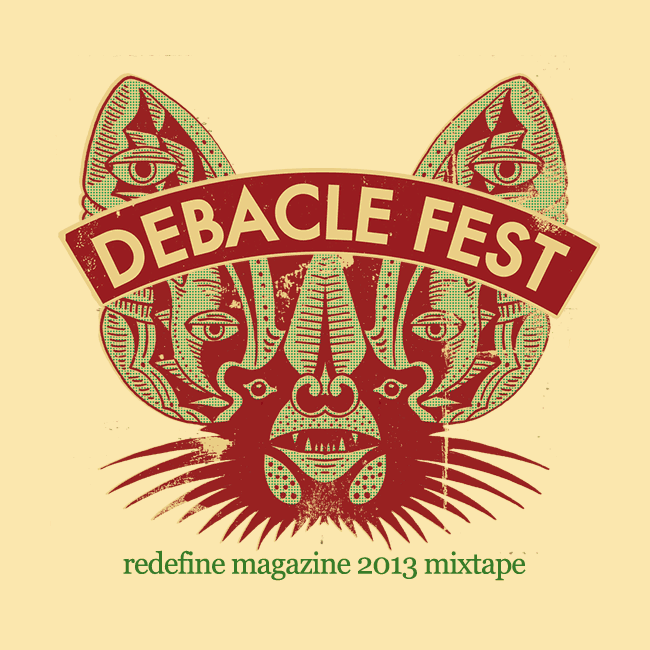