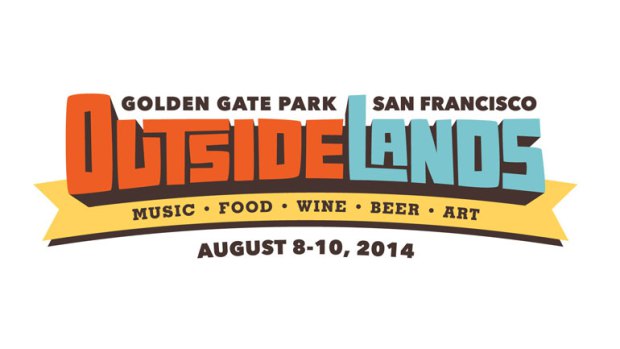 Outside Lands Festival 2014 Live Show Review (w/ Made in Heights, Dustbowl Revival, and The Kooks)

Outside Lands is one of the top summer music festivals on the West Coast, hosted amongst the greenery of Golden Gate Park in San Francisco and selling out annually. While headliners like Kanye West, Tom Petty and The Heartbreakers, and The Killers attracted most, what I was looking forward to most was discovering new bands on the smaller stages of the park. 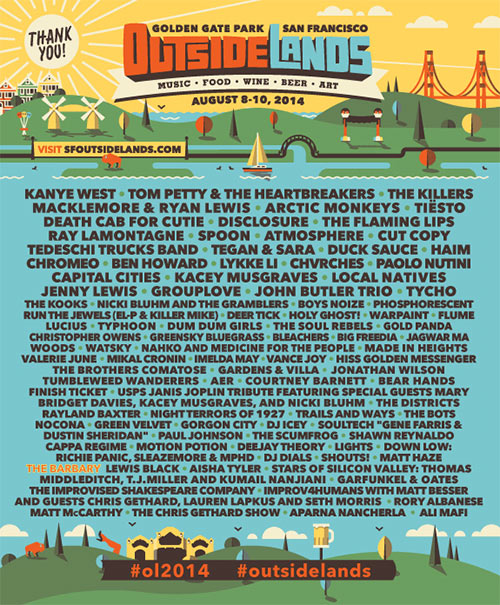 Outside Lands is one of the top summer music festivals on the West Coast, hosted amongst the greenery of Golden Gate Park in San Francisco and selling out annually. While headliners like Kanye West, Tom Petty and The Heartbreakers, and The Killers attracted most, what I was looking forward to most was discovering new bands on the smaller stages of the park.

I had never heard of Made in Heights until my friend recommended I check them out, and I had no idea what to expect. Walking the long trek to the Twin Peaks stage, I heard layers upon layers of intricate beats and transient keyboards with an angelic, melodic voice. I suspected to see a full band and was surprised to see a duo on stage- lead singer, Kelsey Bulkin and DJ/keyboardist, Alexei Saba, wearing matching black and white outfits.

Saba mentioned in between songs that the duo doesn’t identify with a specific genre. They use terms like “mythical filth” and “beauty slap” to classify their music; I’d attempt to describe it as an indie, electropop, and hip-hop fusion. Made in Heights had a small yet dedicated fan following, who they called “SoundCloud cousins.” Fans and other attendees, including myself, couldn’t help but dance to their “mythical filth.” One song that stood out was titled “Death.” The song starts with a synthesized church choir, and then the craziest beat you’ve ever heard suddenly drops. Bulkin’s silky smooth vocals on the track sound similar to a rap; fairly quick with a rhythmic flow.

Made in Heights’ performance was unique in that the duo had a sense of approachability. They performed to the crowd, engaging them with quick conversations about their discography in between songs. While Made in Height’s music is extremely complicated, their dance moves consisted of simple two steps with swagger. The duo closed out their set with the song “Hors d’œuvre” off their most recent self-titled album, and the crowd enjoyed the slow jam, cheering on Saba’s live keyboard solo and waving their arms back and forth to the beat.

As I was leaving the Made in Heights performance, I stopped at one of the many food trucks in Outside Lands. Soon, a trombone player, a stand-up bassist, a washboard player, a tambourine player, a guitarist, and a fiddler set up next to a tree with a sign of their band name, “Dustbowl Revival,” and began to perform classic bluegrass. Hipsters and rockers alike formed a traffic-stopping blob in the pathway to listen as the band played a few songs, and the lead singer announced that they would be playing at the Hellbrew Revue stage in an hour. I had no idea who Dustbowl Revival were, and although their band name appeared in the schedule on the Outside Lands app, their performance time and venue was not listed, so this was a smart, business-savvy move on their part. An hour later, I returned to the Hellbrew Revue, a small stage with a vintage circus vibe and huge tree logs as benches. There were mime-like circus attendants that invited random audience members to dance in front of the stage.

The 6-piece I saw earlier grew into an 8-piece band, with the arrival of the mandolin and trumpet players. The band traded off with a male and female lead vocalist, which added a layer of interest to their performance. Their set quickly turned into a festive dance party. People passing by heard the sound of New Orleans bluegrass and ran over to dance in front of the stage. All of the swinging and stepping kicked up the soft dirt, “really recreating the dustbowl revival” as the female vocalist pointed out.

The Kooks arrived at Outside Lands from London jetlagged, but they poured every ounce of themselves into their performance of their well-known. upbeat, ’60s throwback songs. They opened their set with “Junk of the Heart (Happy.),” after which lead singer Luke Pritchard declared, “You better get up, ’cause I’m ready to get down!” Their energy was contagious, and anyone in the crowd who was sitting on the grass got up and danced through the rest of the performance.

“Down” along with “Bad Habit” off their upcoming record, Listen, all have a slightly different sound for The Kooks, incorporating more of a blues and funk influence. The songs still maintain their signature sing-a-long and catchy choruses, backed by a grooving bass line and wah-pedaled guitar. The new record is scheduled to release this September, which is exciting for fans who have anxiously waited over three years for the new material.

The band exited the stage for one of the ballads, leaving Pritchard solo at the front of the stage with his acoustic guitar. The song was emotional, with a recurring lyric confessing, “You can tell me about it.” As the last chord faded out, Pritchard thanked the crowd for listening, explaining it was a new song. The set tempo picked back up again and fans busted out their best dance moves- shaking their jazz hands up and down.

Pritchard is the ultimate frontman, with an apparent Mick Jagger influence; he uses the entire stage to dance, calls out to the crowd, and jams on his guitar next to the drummer. The Kooks closed out their set with their popular hit “Naïve,” with fans eagerly waiting to sing along to the chorus.