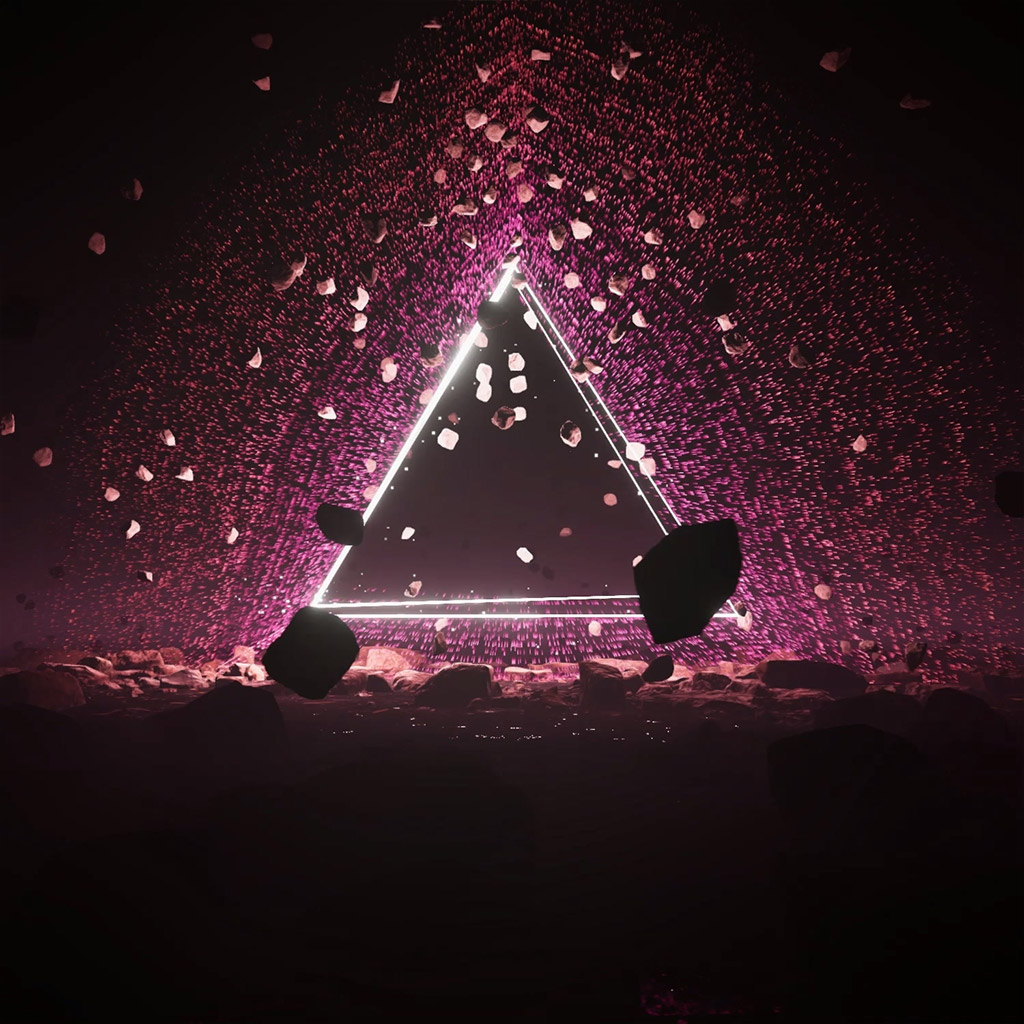 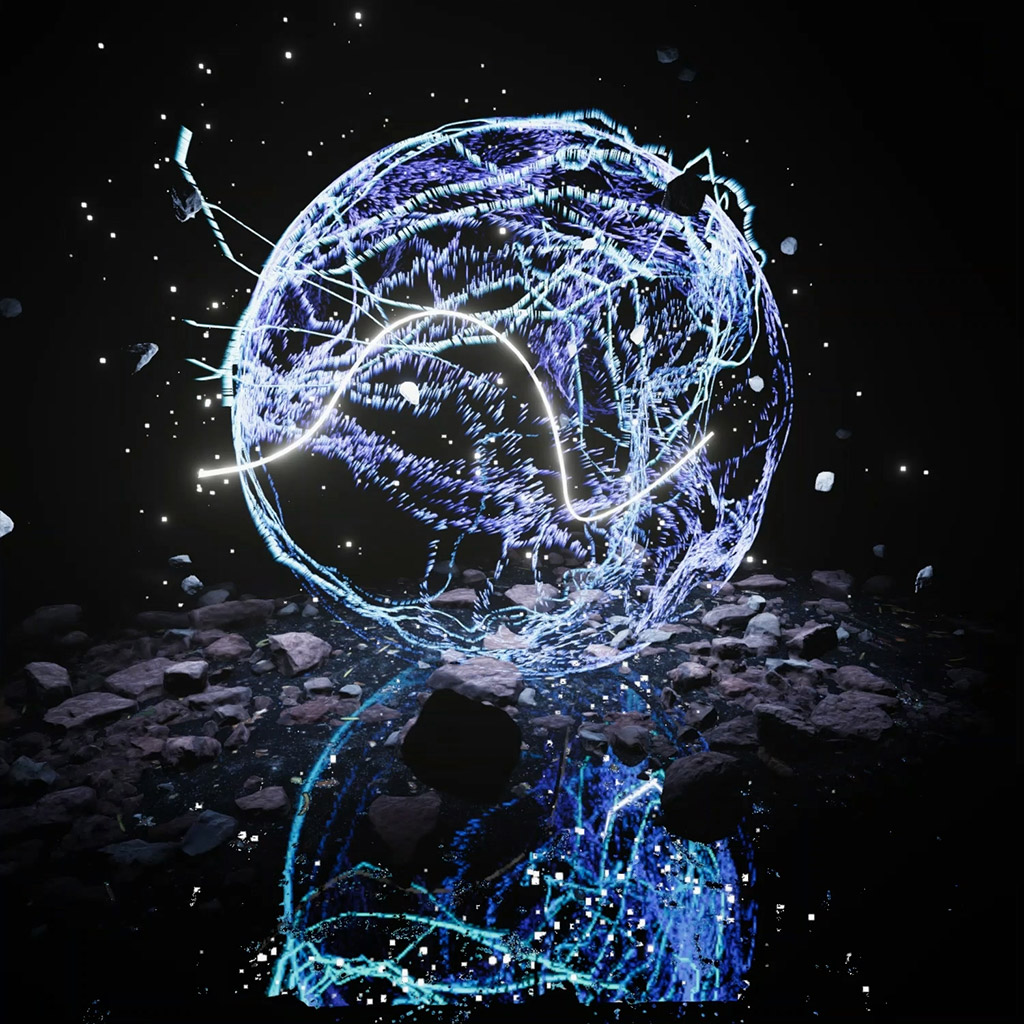 Homebound in quarantine during the early stages of Italy’s COVID-19 outbreak, musician Bruno Bavota composed Apartment Loops Vol. 1 — an EP that reflected not despair and hopelessness, but Bavota’s unexpected bout of inspiration after lockdown. He traded in his solo piano compositions for synthesizers and woke up early each day filled with fresh ideas; the resulting emotional ambient works are unlike anything Bavota has ever recorded in his life.
When it came time to create a visual accompaniment to the EP, Bavota remembered Wenzy, a Chinese artist who had previously created a stunning video for one of his piano tracks, “Passi.”
“We both thought that would be beautiful to work together,” Bavota explains, of the recent collaboration. “I simply shared my tracks from Apartment Loops project with him to see which track he liked the most. He chose ‘Apartment Loop #1,’ and I told him that he can do whatever he wants without any guidelines or ideas; to simply express his feelings.”
The resulting music video — available in both a downloadable VR form and as a normal music video — invites viewers into a vibrant landscape of geometric states. Though virtual, it allows for an expansiveness which may sometimes feel difficult to locate while society remains amidst the struggle of COVID-19. In the following Q&A interview, both Bavota and Wenzy speak to their project, why VR was the medium, and life in their respective countries.

You both hail from countries that have been significant in the COVID-19 conversation. How did your experience with COVID-19 play into this particular project?

Bruno Bavota (Musician):
I can absolutely say without a doubt that the Apartment Loops project would never have come out If COVID-19 had not been there. It was a time that I wasn’t thinking about making new music; I already had a new album release last October 2019, a wonderful touring experience in January, and I was getting ready for next tour dates between March and June 2020. When I heard the first COVID cases popping up in China, I never thought that shortly after the whole world would be involved in it. Italy was probably the first country after China that saw the number of infections rise up and in my country… lockdown started on March 9th. My first lockdown week was strange; the live music industry was one of the first things to close and I simply didn’t see a light, just reading everywhere that the live music industry would be the last to reopen. All my feelings and days have been impacted by all these thoughts. After those initial weeks of disquieting listlessness, I started doing things as I’m not usually the one standing still and complaining. I started to naturally wake up early in the morning and tried to convey these new emotions to music with a totally different approach. Instead of using piano, I turned to my synthesizers, and it was a very deep journey into myself.
Wenzy (VR Designer):
When I started this project, the COVID-19 situation in China was not as serious it had been earlier, when Wuhan city was locked down. During that lockdown, the Chinese government established a lot of strict policies to prevent the virus from spreading. Almost all public traffic was shut down, and everyone had to wear a mask in public. Thanks to that and the efforts of the citizens, the infection is now under control here. Honestly, COVID-19 didn’t affect me too much, because I am a guy who likes staying in one place. Also, all my work is digital. If I have a computer and internet access, I can do everything as usual.

Relatedly, what emotions did you put into the project, and what do you hope viewers and listeners walk away with?

Bruno Bavota (Musician):
In this project, I tried to put the slowness of the days, the stillness, being overwhelmed but also a renewed strength. I hope that listeners can try to experience all these feelings and what an artist/musician could be affected by all this.
Wenzy (VR Designer):
What I am trying to do is to reflect my feeling when I heard the music. I set up a surreal and desolate scene and a vibrating string to visualize the rhythm of the sound. 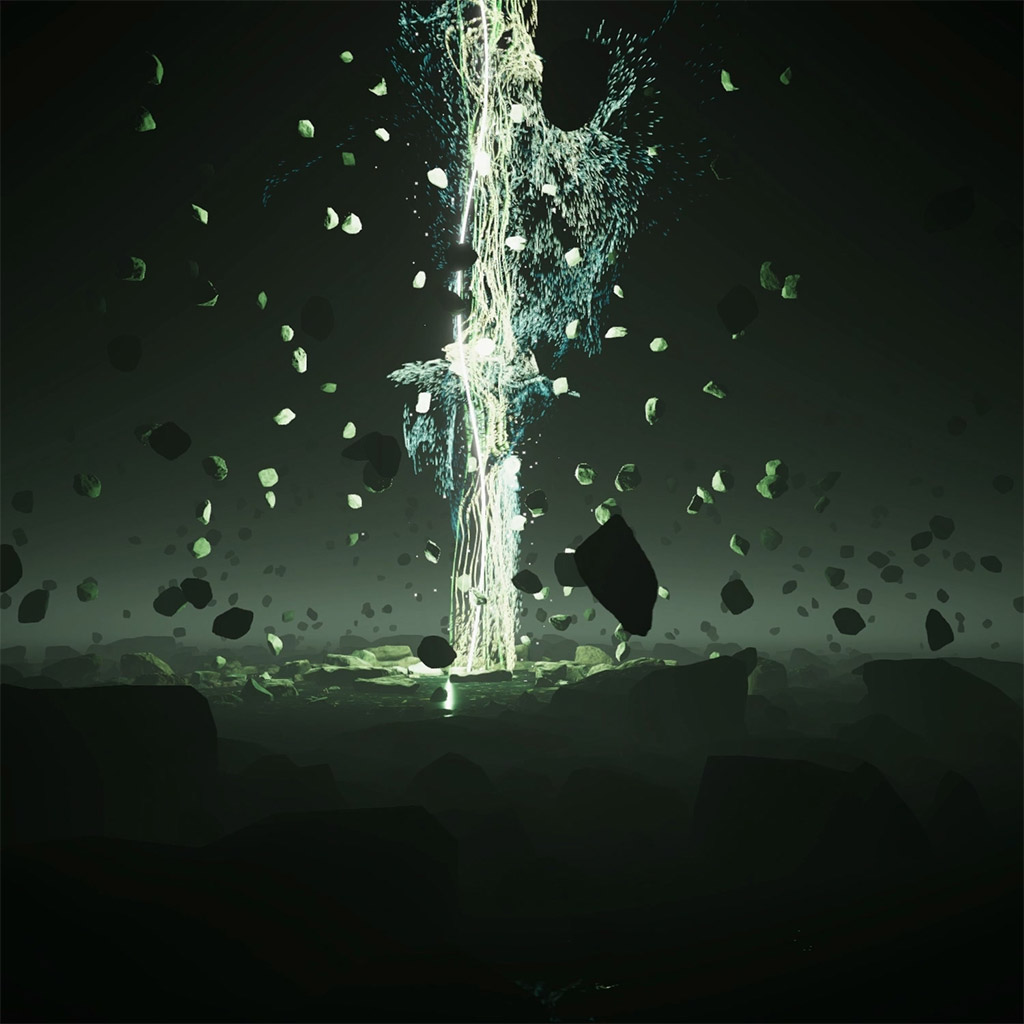 This video is available both in normal format and in VR. Can you talk a bit about the technology involved in the creative process, and why you chose to execute it in this manner?

Bruno Bavota (Musician):
My knowledge about VR is based only in video games. I’m a huge fan, but I never played a game with a VR headset. I know that Wenzy made the VR video with UNITY engine that it’s typically used to make indie video games. When he told me about this possibility, I loved it. I also think it’s a unique way to experience a music video.
Wenzy (VR Designer):
I think VR can provide an audience with a unique and immersive experience better than other formats. Before I collaborated with Bruno, I happened to do a lot of interactive experiments in VR. So when I was making this video, there was already a seed in my mind: maybe I can make a VR version later.
I used a game engine called Unity to create both versions. It is powerful to make real-time and interactive animations. I created the video version first and tried not to use too many shots in order to keep it consistent. And then in VR, people can explore, walk around in the scene, and interact with some particles if they want. I want to give more capabilities to the audience if they want to participate in this work — to follow and enjoy the flow of the music.

There is an increase in musicians working on interactive or VR music video pieces. Where do you see the future of this headed?

Bruno Bavota (Musician):
I’m old-fashioned, so I prefer the classic way to enjoy music — mostly concerts and focus on what musicians do during live shows. But I do like this way to communicate emotions, and I think It’s a thing that I’ll enjoy day by day. Right now, I’ve a confused idea of what music’s future looks like!
Wenzy (VR Designer):
I remember my first VR device was the HTC Vive 1 in 2016. It was amazing but not friendly for normal users. Before playing, you had to spend a lot of time to set up the sensors and get everything to work. And also there was not too much playable content at that time. But now, VR technology is developing rapidly. Not only higher resolution and more stable, but it can also be portable and has some interesting features like hand tracking. As a developer and designer, I think it gives me more freedom to express my ideas in a virtual world. I am not sure how it will change the music industry. But I think VR will raise a revolution at some point. Like the Sci-Fi movies Ready Player One and The Matrix.

Where are your respective countries at with COVID-19 now, and how is that changing your artistic output for the moment?

Bruno Bavota (Musician):
From the beginning, my region (Campania in South Italy) has taken safety measures… tighter than the rest of Italy. This allowed the situation to be broadly under control, and we started having less daily new infections. Right now, we’re registering an increase of new daily infections all over the country as a lot of people… travel for summer holidays. Until a vaccine is discovered for COVID-19, I believe we should coexist with virus, taking daily new behaviors to protect those around us. As a musician, I miss the stage so much; I miss traveling, meeting new people and talking with the audience after a concert… next September 7th, I’ll have a concert in my town in a beautiful castle near the seaside, It would be nice to reapproach the stage and the audience.
Wenzy (VR Designer):
I’m based in Shenzhen, in the south of China. There have been only 3 COVID-related deaths here. The number of active cases in all of China is about 700. In some ways, we can say it’s under control. We still need to wear masks in public, but a lot of exhibitions and activities are opening again. Mostly, I am working with computers, so it won’t change too much for me at this moment.

What is next for you, both collaboratively with one another or individually in your artistic careers?

Bruno Bavota (Musician):
I just finished working on the next volume of Apartment Loops, and I can’t wait to share new music later next year! I’ll continue to work on new music in the next few months!
Wenzy (VR Designer):
This is my first time to collaborate with a musician in this way. I quite enjoyed the process and the result! Next, I will continue to focus on generative art. I also plan to try to use these techniques to make some indie games or interactive projects. If I get another chance, I would love to collaborate with Bruno again! 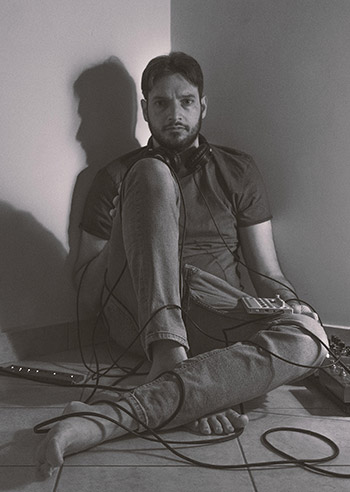 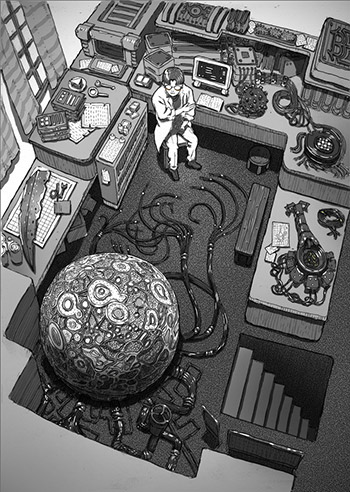