Aperiodic’s Future Feedback begins with “New West”, a slow growth of jingling bells and static that bumps found sounds up against R2D2-type electronic beeping. Banging, off-tempo jazz drums and distorted guitar all grow in intensity throughout the duration of the 4-minute track, and one could suspect that the remainder of Future Fedback will be comprised of hardly palatable instrumental wankery. In a sense, one would suspect right, but this type of music always took a special musical ear to appreciate.

Elements of musique concrète, free jazz, and noise are at the forefront of Future Feedback, which champions improvisation’s most chaotic possibilities with a natural erratic twitch. Aperiodic have described themselves as “The Jesus Lizard disfigured beyond recognition”, and it is the spirit of the post-hardcore band that shines through, not actual music parallels. The disfiguration comes in Aperiodic’s cramming of heavier noise elements into a free jazz framework in absolute madness. Only on one track, “Amalia’s Regret”, does the band slow down to explore their more minimal side via creepy breathing and classic piano. You can rest assured, though; structure hardly plays a more significant role even then.

The entire album is now available via Phratry Records, and you can stream its digital noise stylings via the Bandcamp embed below. Prepare yourself for all of the guitar distortion, manipulated samples, and pummeling drums you can imagine. And while you’re at it, see the full post for a stream of The Jesus Lizard’s full-length from 1991, Goat. 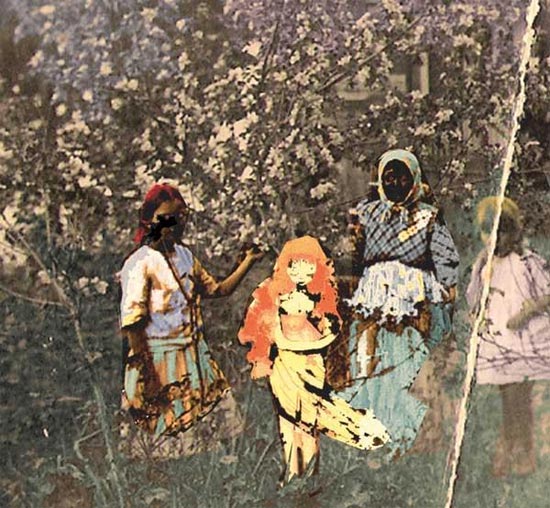 Finnish experimental pop weirdos Paavoharju are not exactly new — they had released Yhä hämärää in 2005 and a follow-up Laulu laakson kukista in 2008 — but they were an instant love when I heard them two years back. Their music has the looming foreboding of Gothic churches as well as the plainness of deep country wells, and the ultimate feel of the Finnish group is hauntingly beautiful. It makes sense, then, that their music is supposedly the outcome of the study of dreams, religious despair, art and literature, and living in dark abandoned places. Despite the wide breadth of their sonic stylings, their music does sound, consistently, as their influences might suggest. The samples below are just some indicators, the latest of which is the relatively straightforward “Ikkunat näkevät” from 2011.

Blast from the past. This is The Jesus Lizard’s second full-length, released in 1991 and produced by Steve Albini. The album cover, designed by bassist David William Sims, is actually a topless woman, not a flame. Surprise!