Iceland Airwaves started back in 1999 in an airport hangar outside of Reykjavik. Since then, it has grown into one of Europe’s premiere music festivals, showcasing the insane amounts of musical talent coming from the land of few people and many sheep. Each year, the festival curates some of the best up-and-coming international talent to supplement the Icelandic artists, and introduces a ton of off-venue shows. The total schedule is 10 pages long, and the whole festival turns Reykjavik into a musical paradise for five nights. It is all incredibly overwhelming, so let’s break it down into two parts to try and help you out:
END_OF_DOCUMENT_TOKEN_TO_BE_REPLACED
Amiina
Daníel Bjarnason
FM Belfast
For a Minor Reflection
Ghostigital
Hermigervill
múm
Samaris
Sin Fang
Sóley
END_OF_DOCUMENT_TOKEN_TO_BE_REPLACED
Anna von Hausswolff (Sweden)
Electric Eye (Norway)
Fucked Up (Canada)
Goat (Sweden)
Jagwar Ma (Australia)
Kithkin (United States)
Kraftwerk (Germany)
Royal Canoe (Canada)
Stealing Sheep (United Kingdom)
Yo La Tengo (United States)

For a country of under 350,000 people, Icelanders sure love their music, enough so that just about everyone and anyone forms a band — or two. The Iceland Airwaves Festival showcases this proud musical tradition perfectly, and many of the Icelandic bands hop on board in support, sometimes playing over five times throughout the festival. Iceland isn’t all Sigur Ros, Bjork and Of Monsters and Men. There is a lot of fantastic music coming from the island, and here are some bands to check out, many of which we have covered in the past.

(Those who would like a more intimate understanding of the country’s musical climate are encouraged to read our essay, The Real Icelandic Music Scene: Interviews, which include excusive mixtape downloads and Icelandic musician interviews, or explore all of our articles related to Iceland).

Amiina are well-known for recording and touring with Sigur Rós; any of those strings you hear underneath Jonsi’s howl: that is Amiina. The band combines a contemporary classical style with a minimalist’s touch, ambient littered throughout.

Daníel Bjarnason is an Icelandic composer of the highest caliber, who has had works commissioned and debuted by the Los Angeles Philharmonic. His pieces are emotive, complex and riveting. That should be no different in a live scenario.

FM Belfast is the best dance band you have never heard of. Featuring members of a multitude of other Icelandic outfits, the lyrics are simplistic at times, but the energy is 100% genuine and gets the crowd into a fever pitch at all moments. They play multiple times; don’t miss any of the sets.

For a Minor Reflection

At times, For a Minor Reflection take pages from the school of Explosions in the Sky instrumental theory and create grand crescendos out of seemingly nothing. At other times, they don’t find themselves constrained by the post-rock genre tag and embark on new and interesting ways to go about it all. For a Minor Reflection plays a ton at the off-venue shows for Iceland Airwaves. Make sure to check them out.

Ghostigital is like a cranky LCD Soundsystem at times and also is an act that is quite difficult to categorize. The duo’s newest album has appearances from Dälek and David Bryne. It is all incredibly weird stuff, but in the best of ways. You can stream the entirety of their November 2013 record, Division of Culture & Tourism, on Soundcloud. 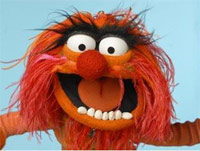 Hermigervill is like Animal on Sesame Street, a whirling dervish of hair, playing some bizarrely childish electronic beats. But the real gem of his performance is that he is having more fun on stage than the entire audience combined.

múm’s brand of soft vocals and glitchy electronics can almost act as a symbol for the eccentricities that come out of Iceland’s music scene on the whole. They are groundbreaking and down to Earth at the same time. Stream their latest, smilewound, on Soundcloud or read about the “Toothwheels” music video.

Samaris are an up-and-coming trio whose heavy beats, soothing vocals and eerie clarinets combine in ways unlike anything you have ever heard. The music is dark, ethereal, and perfect for a land made out of volcanic rock.

Take one listen to “Young Boys” below, and try and convince yourself that isn’t some of the catchiest pop rock you’ve heard this year.

This Icelandic folk artist fits right in with the Pacific Northwest. Her voice is serene and her tone laid-back; Sóley represents the better parts of the Icelandic folk scene — not the parts consisting of Of Monsters and Men.