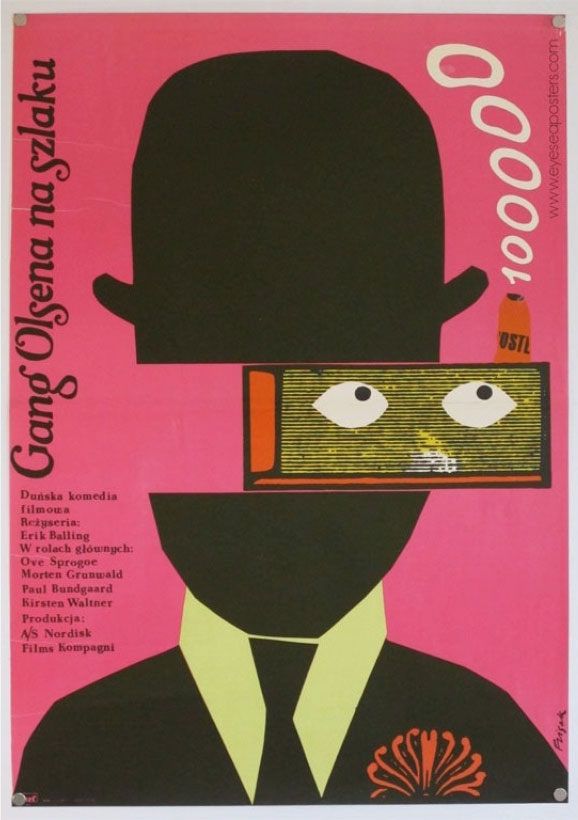 Generally brightly-colored and psychedelic in nature, Polish film, theatre, and circus posters from the mid-1940s through the 1980s have played a major role on inspiring modern poster art and graphic design. Supported at the time by the Polish government and arguably transformed into the prime form of art in the nation, Polish posters are known for their ability to hint at deeper meanings and personalities through allusion and metaphor, initially seen only as bold strokes of visual fancy. Their history is a complex and dynamic one worthy of many more words, influenced equally by Communism and politics as the state of the international arts scene of the time. 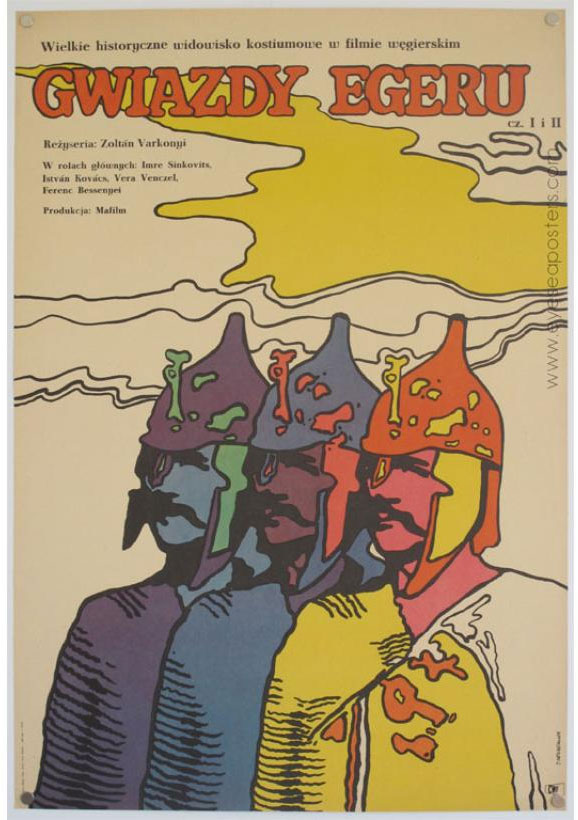 Eye Sea Posters is a graphic archive and online shop specializing in Polish film, theatre and circus posters from the ’60s and ’70s. Based in the United Kingdom, they feature a hand-picked collection of artist, including Wiktor Gorka, Waldemar Swierzy, Franciszek Starowieyski, Andrzej Krajewski and Jerzy Flisak.

Located in Portland, Oregon, The Affiche Studio is a poster restoration company working with a large range of poster styles and types, well beyond vintage Polish works. Jason Leonard is the studio’s owner and Curator of Restoration. An impressive array of before and after samples of their restorations can be seen on their website.

What initially drew your company to these posters?

James Dyer (Eye Sea Posters):
Polish posters produced under Communism are really distinctive because during that time the film industry was controlled by the state and most foreign promotional material was rejected and replacements were commissioned.

Established Polish artists were asked to convey the essence of the film in their poster designs and unlike their Western counterparts, the use of film stills or photos of the film’s stars wasn’t necessary, and this lead to some amazing and often abstract art being pasted on the streets of Poland.

I’ve been collecting these posters for a while now, and started selling a few here and there to help fund the collection. Eye Sea grew out of that, and I started the website in 2011.

Jason Leonard (The Affiche Studio):
When I first started doing poster restoration, the Polish images that were coming in always stood out to me. Over time, I started collecting them on my own. I’m really drawn to the surrealist imagery, design, and historical significance of the Polish poster.

Can you recall a specific or initial moment when viewing these works made a memorable impact on you?

James Dyer (Eye Sea Posters):
Around 10 years ago, someone sent me a postcard with a Polish poster on it. It was the “Seksolatki” poster by Maciej Zbikowski; I was instantly hooked and I’ve been a fan ever since.
Jason Leonard (The Affiche Studio):
I remember unrolling a package from a client which had a bunch of newer posters by the artist Wieslaw Walkuski, and I was immediately drawn in.

How do you locate the posters for sale?

James Dyer (Eye Sea Posters):
They come from various sources: old cinemas, flea markets, auctions etc. We hunt high and low for them. I’ve got a good friend in Poland who helps me out, and without him it would be very difficult.
Jason Leonard (The Affiche Studio):
I’ve collected through various avenues, sometimes finding things online and sometimes through clients.

Given that some of your posters are no doubt gone once you sell them, how does that change the way you value or appreciate them?

James Dyer (Eye Sea Posters):
As they become increasingly hard to find, it becomes harder to put a price on them and harder to part with them. It can take a long time to find a poster so sometimes I’m reluctant to sell one because I might not find another one. There’s a few I regret selling but I have to remind myself I don’t have much wallspace and there’s no point in them sitting in a box gathering dust where nobody can see them.
Jason Leonard (The Affiche Studio):
I’ve been collecting for years now, occasionally selling things here and there. It’s interesting, because when I search for things to collect, I’m generally buying things I really admire. So sometimes selling is rough when I get attached to a certain poster. Sometimes I’ll look for multiple copies of things I really love so I can keep one!
Is there a particular reason you avoid reproductions? What do you think of poster outlets that look to “fix up” vintage posters for resale?

James Dyer (Eye Sea Posters):
As well as the artwork it’s the quality of the printing, the paper stock and the natural aging process that makes these posters great and that’s not something easily reproduced. Poster restorers do an important job because they help to preserve a piece of history.

Can you tell us a bit about the restorative process? How long does it generally take for a singular piece and what technologies are necessary?

Jason Leonard (The Affiche Studio):
Linen-backing is an archival mounting of a poster. After the mounting, we go in and do restoration, which could be patching in missing sections and color restoration. Depending on the work needed, it takes usually a couple weeks in the studio, as we work on many pieces at the same time. The process is an old one, but was transformed a bit in the ’70s. There are many steps along the way that have to be performed with a detailed artistic eye. It’s a very hands-on procedure, preserving the original poster.

How does one go about identifying a particular work or artist? How easy or difficult is this process, and what resources do you use?

James Dyer (Eye Sea Posters):
There’s various ways to identify a poster. The serial number and logos on it. The artist’s signature is usually printed on it. I also use various books, catalogues and the internet, and if all else fails, I phone a friend in Poland.
Jason Leonard (The Affiche Studio):
We have a couple clients with great websites, www.theartofposter.com and www.contemporaryposters.com

Genre: Drama/Romance
The first Polish poster I saw (on a postcard). It took me a long time to find a decent copy, and when I did, it looked even better in the flesh. 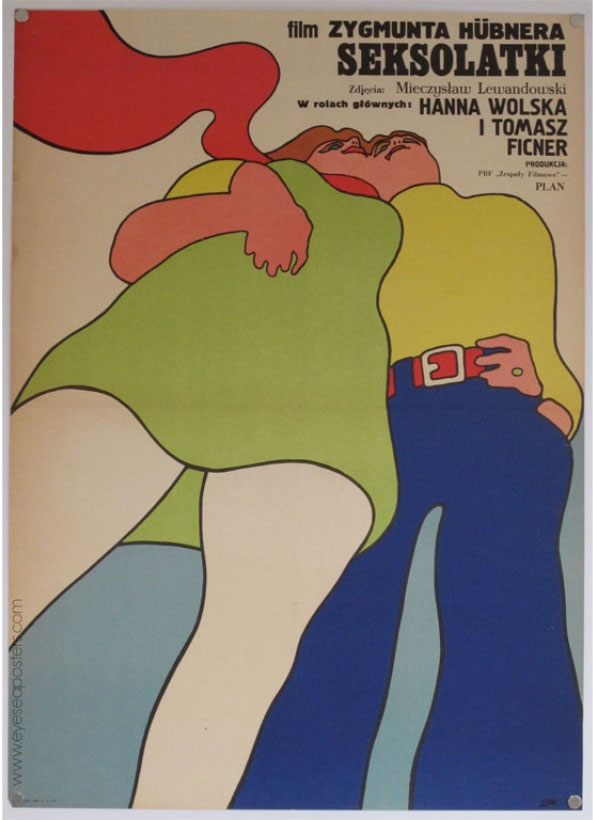 He’s the first designer I started collecting. There’s not much information online about Mr. Zbikowski. I tried to track him down once. A friend of mine found an address for him in Warsaw and we sent him a letter but didn’t get a reply. 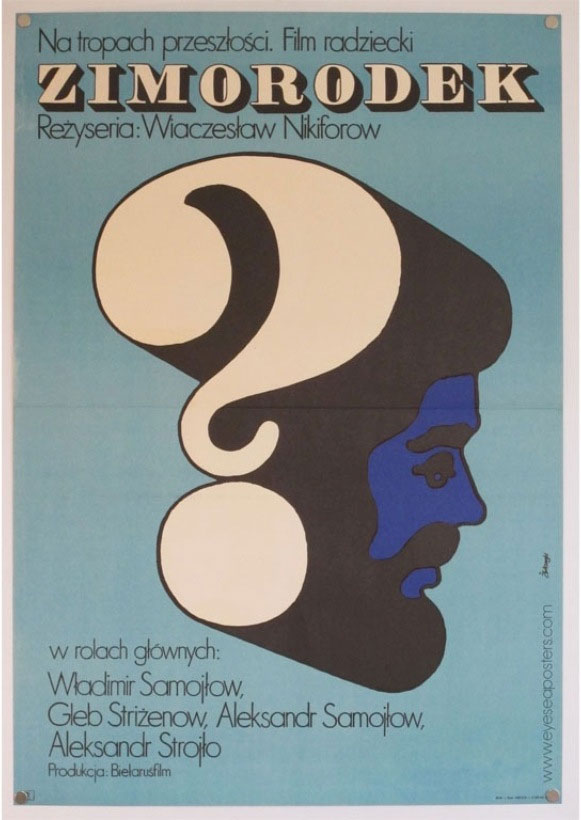 Genre: TBC
In contrast to the bold, colorful and cartoon-like work of Zbikowski is an intricate, dark illustration by Franciszek Starowieyski, who was part of the “Polish School of Posters” and a master of poster design. This is one of the first posters I bought. 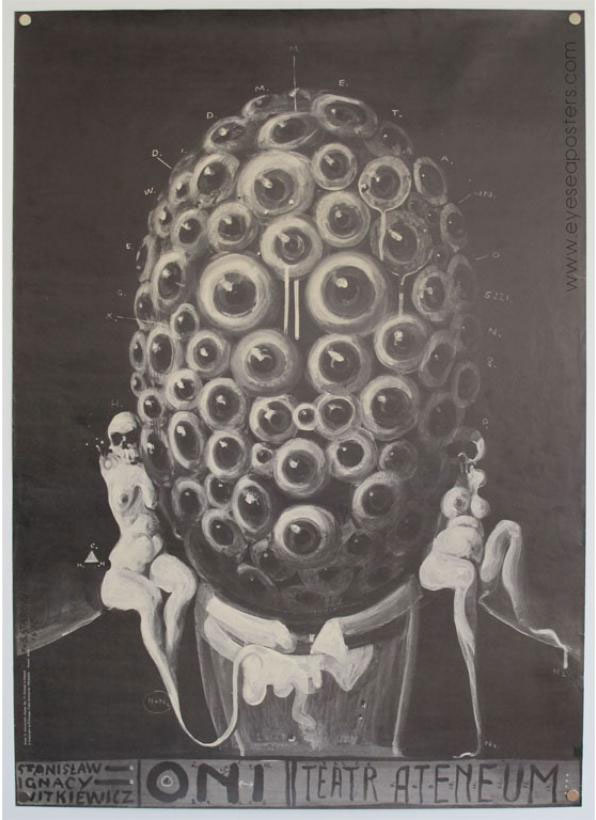 Genre: TBC
I’ve managed to find quite a few Krajewski posters over the years but he’s a prolific artist and I’m still missing some, the hunt continues… 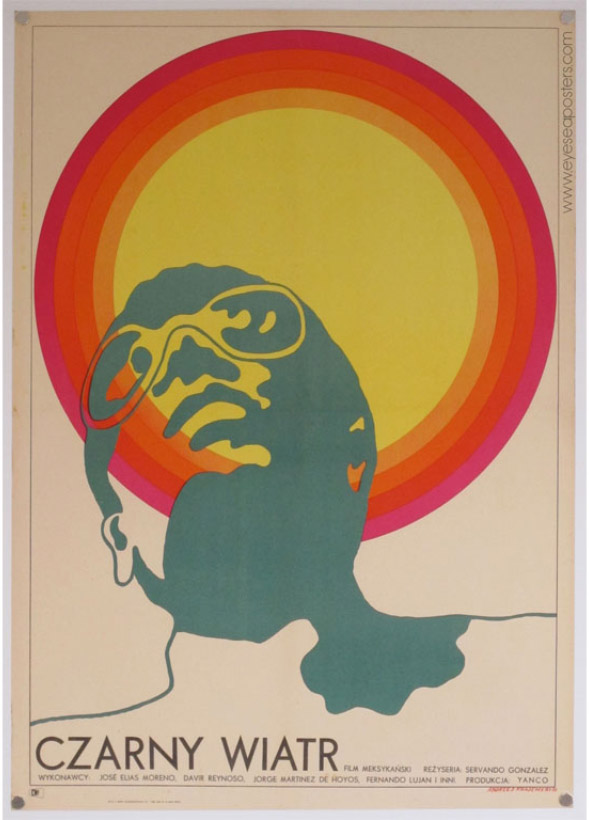 Genre: TBC
If I walked past this in the street, I’d have to go and see the film. Nicely psychedelic. 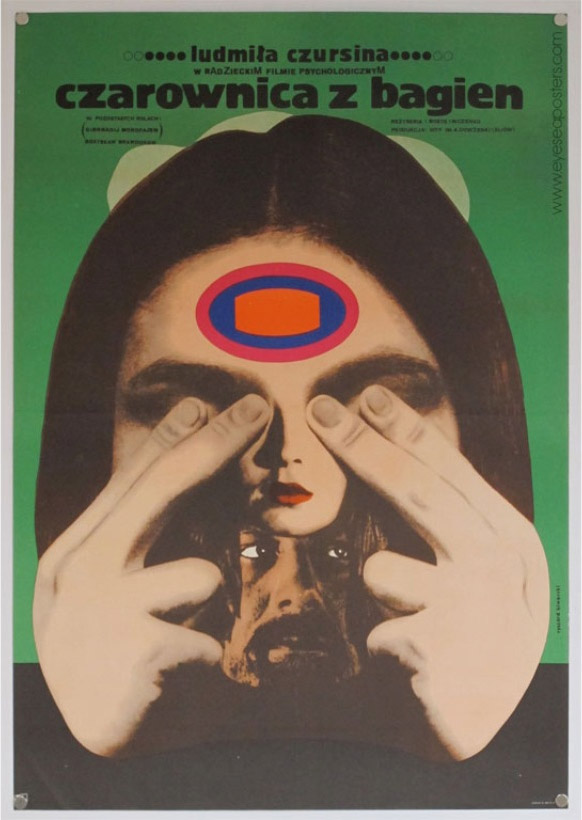 Genre: Drama Mystery Thriller
This was on my wanted list for a long time and I finally found it a few months back. It’s a nice simple design with a good film to match. 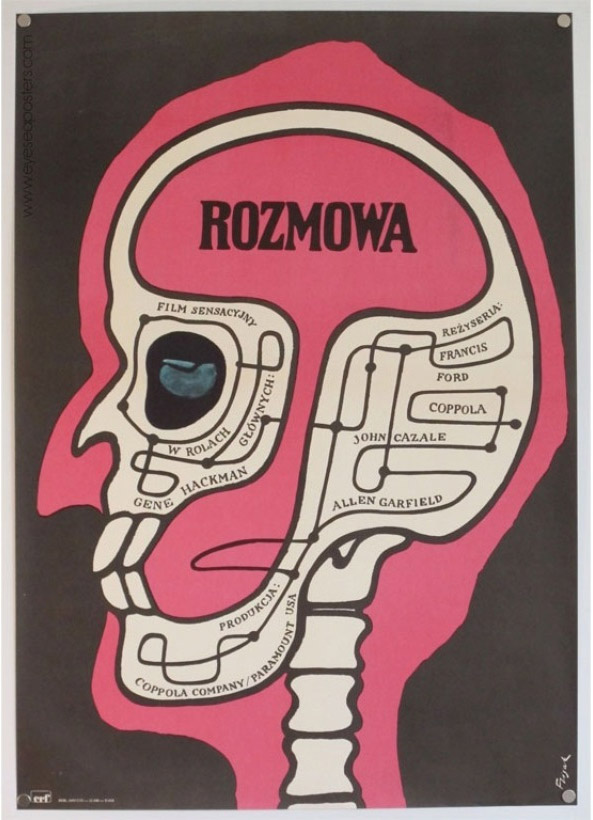 Genre: Exhibition
This is a poster we created for our first exhibition at the Protein gallery in London last year. It was designed by my friend Scot at La Boca, he also designed our logo. 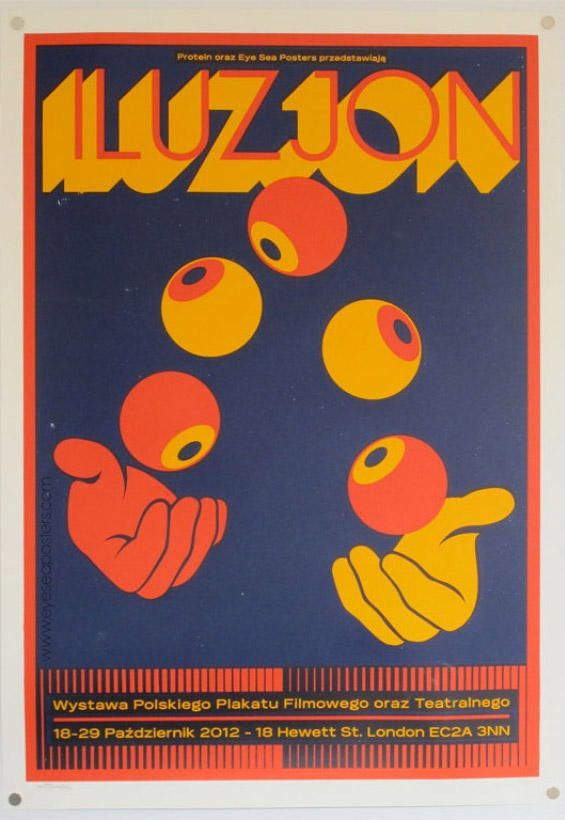 Genre: Theatre
One of the few artists of the ‘Polish School of Posters’ that is still alive and one of the most prolific. 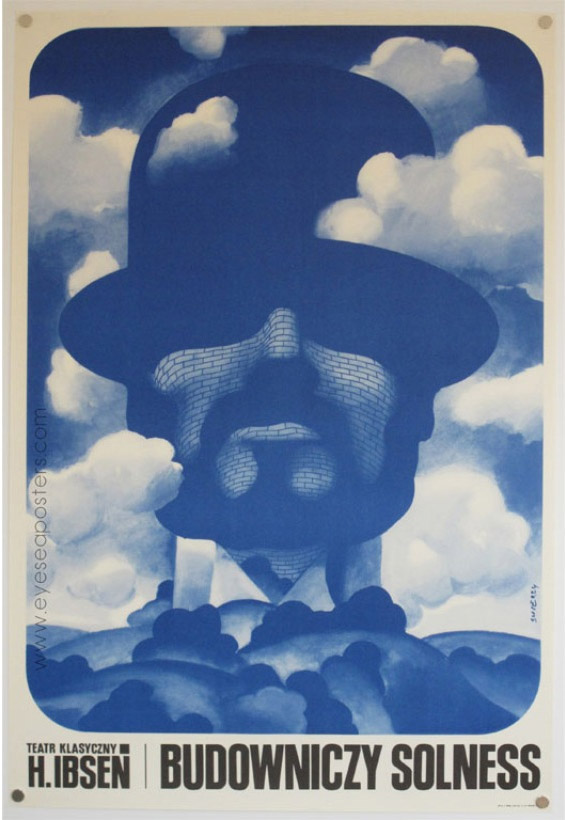 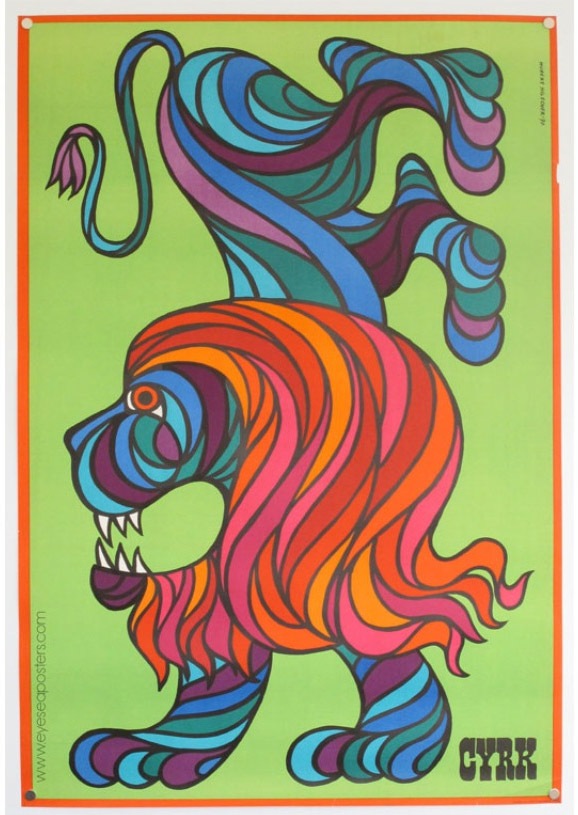 Genre: Crime Drama
This is one I regret selling because try as I might, I can’t find another one. 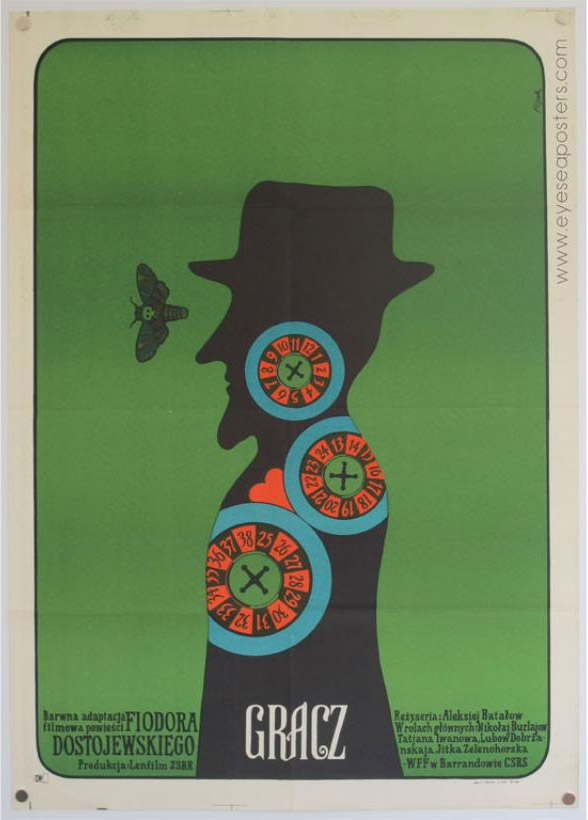 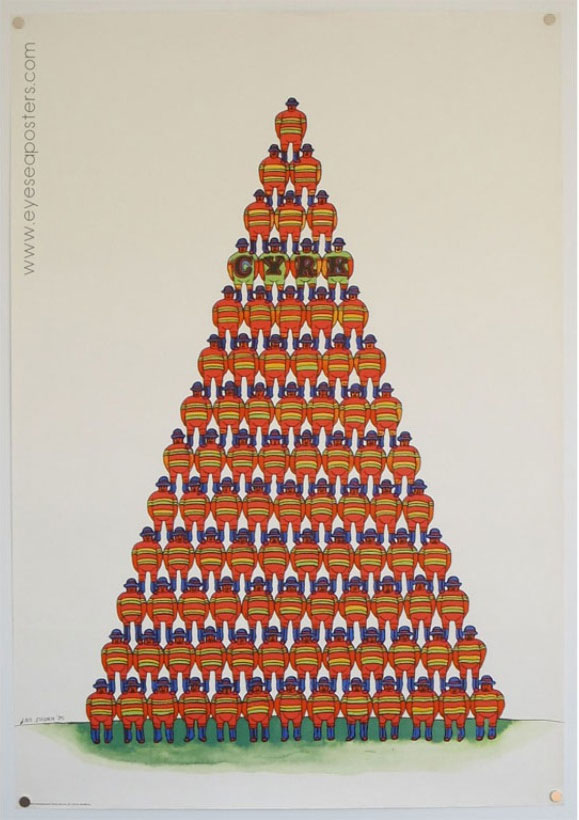 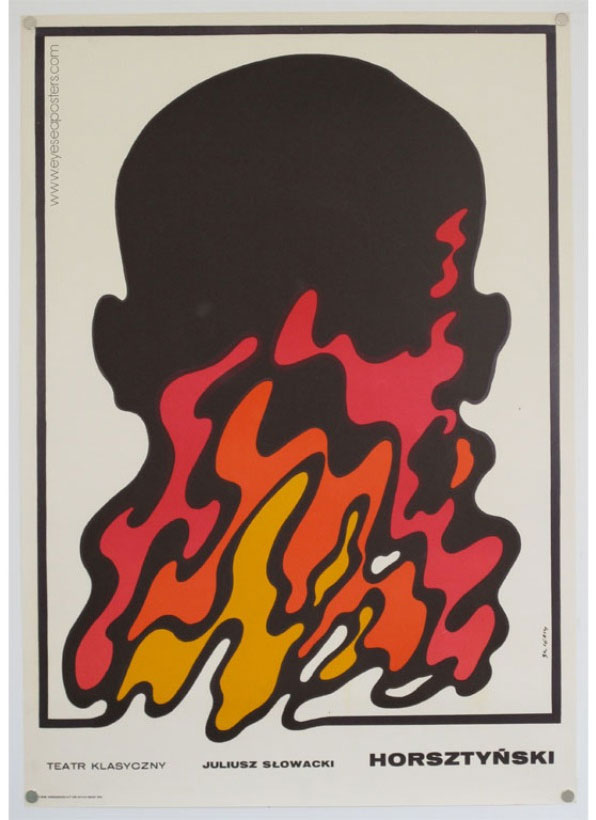 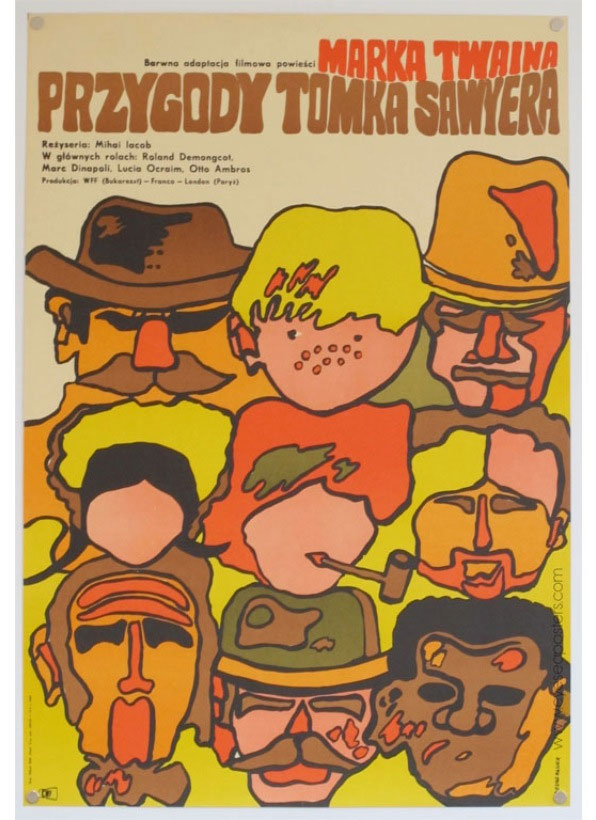 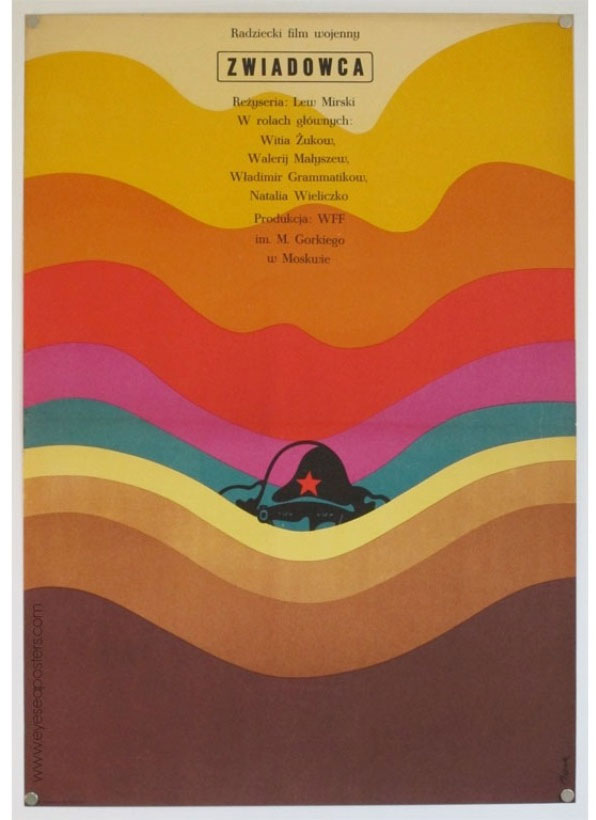 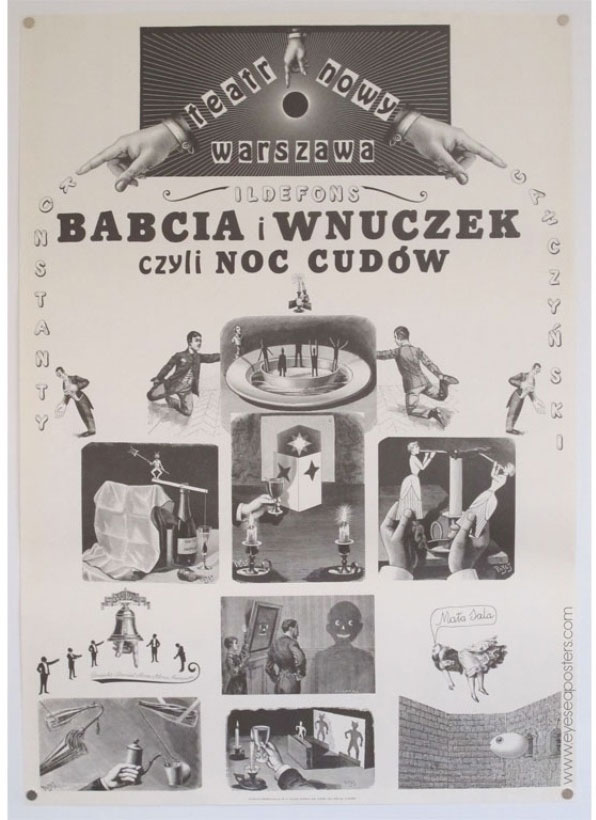 I and I: A Collective Interview With Sun Araw, M. Geddes Gengras, Tony Lowe & The Congos