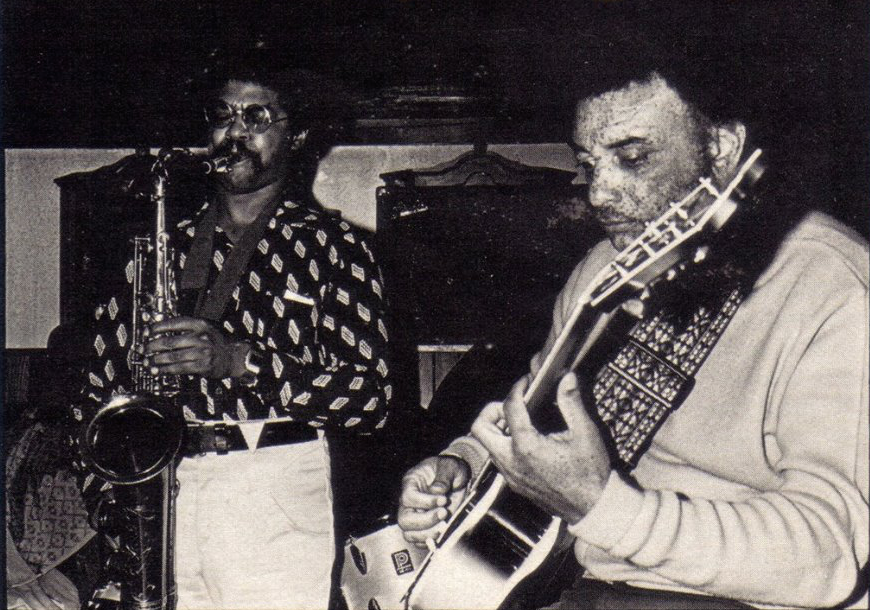 Milwaukee, Wisconsin: home of Pabst Blue Ribbon and the setting for Happy Days — probably not the first place that pops to mind when one thinks of jazz history. Neighboring Chicago is the jazz hub of the Midwest, after all.

Trumpeter and composer Jamie Breiwick would disagree, however. In 2010, he formed a group called Milwaukee Jazz Vision, in response to the “state of the scene” and how tedious it had become. He joined guitarist Neil Davis and drummer Kevin Hayden in what was supposed to be a one-off show — but the response was so positive that they decided to make it a recurring event, followed by the annual Bay View Jazz Fest and networking with the city’s other events. Within a few years, they became a Milwaukee mainstay.

Along the way, however, Breiwick started to dig into the city’s musical history. Because he knew many of the city’s older musicians from gigging with them, he was able to tap into an oral tradition that still existed; locals like guitarist Manty Ellis, who is still playing in his eighties, told Breiwick what brought many of his peers from the South, who they played with, and who they trained. Breiwick began building an archive, first of interviews, but then of documents, memorabilia, photos, and videos detailing the city’s role in contributing to jazz. From there, he began examining the history of Milwaukee more broadly — from the role of the Great Migration in bringing successive waves of African-Americans to the city to the way that urban renewal tore apart and disrupted the city’s music clubs.

Milwaukee Jazz Vision is just one of a number of groups and projects that have cropped up around the United States to document regional music histories. This article looks at a few of these from all over, covering genres of jazz, blues, soul, and rock. Most of these were founded in the last decade, and primarily deal with musicians themselves or a prominent record label. One group studies audiences rather than musicians, taking a close look at how and who consumed the music. Usually sustained by intensive volunteer effort and, if lucky, some funding, all of them tell stories that are at risk of being forgotten as participants age and die. “I think [Milwaukee] is the most segregated city in the country, and it’s probably very similar to a lot of Midwestern cities, but it’s not anything new… To some degree, it’s better now, but the music scene could be very segregated as well. The Bayview Jazz Fest is a very conscious decision to include black musicians in MKE, and it’s a very important part of the mission to include black musicians and also Latino musicians… to keep the city organization as diverse as possible.” – Jamie Breiwick, Founder of Milwaukee Jazz Vision

One of the best archetypes of music preservation is the Kentuckiana Blues Society (KBS), in Louisville. KBS covers the greater Kentucky area, southern Ohio, and parts of eastern Indiana, though its most active in Louisville proper. KBS is unusual because it actually predates mainstream use of the internet; it has been organized through newsletters, community connections, and word-of-mouth since its founding in 1988. As the group’s onetime president Keith Clements put it, the group’s mission is simple: “We have three Ps: promote, perpetuate, and preserve the blues.”

In Kentucky, country and bluegrass are the genres with the largest presence and visibility, but their outsized importance can also eclipse the presence of other local music. Louisville, for example, was home to two pioneering blues musicians named Sara Martin and Sylvester Weaver. In 1923, Martin and Weaver recorded “Longing for Daddy’s Blues,” the first blues song where the singer was accompanied by a single guitar. Prior to this, blues singers were either accompanied by an orchestra or a banjo. Their record heralded the arrival of the guitar as a solo instrument. They recorded together and separately for the next several years successfully, but by 1927 Weaver had given up music entirely, and Martin ended her career as a musician in the early 1930s. Both died in obscurity, and for decades their graves were unmarked. KBS raised money for headstones that told their stories and highlighted their importance in the development of blues music.

In 1992, KBS documented a number of oral histories of Louisville musicians who had been active in the 1950s and 1960s, illustrating the archival role that many of these groups have adopted. In some cases, they cooperate or collaborate with a larger institution: KBS’ oral histories were donated to the University of Louisville’s archives, where they were transcribed and made available to the public. Some of the interviews were with people who had known Sylvester Weaver, but they also included: Tommy Fletcher, who was 85 at the time and recalled the city’s jazz scene during Prohibition; the manager of the city’s biggest night club in the ’40s and ’50s; and two dozen others.

At their most basic level, oral histories simply preserve a history that risks being lost as time goes on. Most of the people interviewed by KBS in ’92 have since passed away, while Milwaukee Jazz Vision’s interviewees are often in their 60s, 70s, and 80s and have been interviewed over the last few years. More importantly, however, is the fact that oral histories center the storytellers, rather than stating their stories for them. Affluent white fans have generally dominated preservation work and its subsequent narratives. This has meant that fans prioritize certain sub-genres over others: traditional or Dixieland jazz over bebop, or acoustic blues over electric blues. Academic Karl Hagstrom Miller’s book, Segregating Sound: Inventing Folk and Pop Music in the Age of Jim Crow, makes the case that early ethnographers developed blues and country as fixed categories, based in no small part on race and assumptions of how race shaped musical preferences.