Vivian Hua 華婷婷10 min read1 month agoAdd comment
Share
FacebookTwitter
Ramona Gonzalez, better known to many by the moniker Nite Jewel, hasn’t always allowed the public into her private life. The influential Los Angeles-based electronic pop musician may have been releasing records on her own since 2008, but it is only in her latest, 2021’s No Sun, that a devastating heartbreak and divorce finally forced her to lower her emotional walls. Gonzalez, who is currently studying at UCLA for her PhD in Musicology, was also influenced by her research in the historical traditions of women’s lament songs from around the world. No Sun, as a result, drew parallels between her own pain and the collective grief experienced by women everywhere, across centuries.

“Growing up, I used music as a way to process my emotions a lot of the time,” says Gonzalez, who hints that she had a difficult and tumultuous upbringing. “I used music as a way to calm my nerves and have an outlet for how I was feeling… for a lot of women — and women of color, especially — we are taught to be really tough through whatever we’re going through, because we have to survive. It’s like a survival instinct, you know?”

This survival instinct inevitably crept into the music of Nite Jewel, which Gonzalez admits was especially guarded and cryptic in its earlier years.

“The music was really hazy or you weren’t really able to really know me, because I felt like presenting my tragedy to the public was really a cheap shot…” Gonzalez recalls. “People like me aren’t really afforded the chance to be vulnerable.”

With No Sun however, Gonzalez was left without a choice; the sheer emotional devastation she felt demanded a more vulnerable album.

“I was in such a down and out place… there was nothing I really could do to not present my pain,” she explains. “I was just surrounded by it, and I just went back to the method of when I was a child by using music to process my emotions… this craft that I had honed over a really long time to deal with the way I was feeling.”

The album’s timing fell into lockstep with the sociopolitical climate. COVID-19 pandemic lockdowns heightened public exposure to the sorrows of marginalized people, especially around issues of police brutality and violence against women or transgender individuals.

“I had this sort of painful process that I was trying to externalize,” Gonzalez explains. “I felt like the world would be able to grasp that — [that] they would be able to hear it moreso than in the past because of all the exposure of grief in society.”

No Sun is titled in part after “When There is No Sun,” a song released on Sun Ra Quartet’s 1978 album, New Steps. Gonzalez presents a sparse cover of it as the album’s closing track, following in Ra’s footsteps as she repeats the lyrics:

“When I heard that track and I covered it just for fun in my house, it became the song that truly made me realize that [No Sun] was going to come together as an album, because the lyrics were very evocative of the state of mind that I was in at that time…” Gonzalez recalls. “What I gather from [Sun Ra’s] belief system was that he believed outerspace and the galactic universe was a space of possible freedom and liberation, but the song is also a little bit foreboding…”

The tension between the freedom found in darkness and the frightening nature of that same darkness is a paradox that defines the entirety of No Sun. In parallel, Gonzalez believes that the difficulties of the COVID-19 pandemic helped make listeners more receptive to the album.

“I feel incredibly grateful that that happened,” she shares. “I just wish that the circumstance had been different, but this record had been made for people to process pain and all the different emotions that go with that — joy, anger, sadness, freedom, whatever it is. I hope that that provides some sort of comfort for some people,” she says. “That’s all I can hope for.”

You are pursuing a PhD in Musicology at UCLA, and some of this music was built upon women’s lament practices for expressing grief. Can you talk a little bit about how you came to that research and what really drew you to it? Are there commonalities you see across different cultures which sticks out to you?

It’s always kind of a weird way that you fall into these things. One of the most important aspects of this Musicology degree in UCLA, is that it really is the kind of place where it is “write about what you know.” It really emphasizes self-reflexivity, and that really has to do with that a lot of people who come to Musicology are musical performers. It’s kind of like, you have to start examining, “What are my investments in music?” and I came to realize that, well, my investments are that I’m a singer. At least at this stage, I’m singing a lot of sad songs.

I began to wonder about the intellectual ramifications of that position, and I just started to dig into women’s lament — the gendered nature of wailing songs and crying songs that women have sung since the beginning of musical record, you know? And that fascinated me. I thought to myself: “Wow, I didn’t know that women were hired to be professional mourners, specifically. What is it about women’s voices that contains this capacity to express collective grief of a culture?”

And as I started to dig more into it, I realized that my investments were in contemporary pop music, so I wanted to trace this history in these different artists, and the first artist I started investigating was Rosalía… so that was a lot of background of fame and flamenco, and the different syncratic musical practices that exist there. Then, I also became very interested in Sade as a lamenter and history of [the genre] lovers rock in the UK, and reggae, and Caribbean influences in Black Diasporic musical cultures, and then, also American composers and singers as well.

I tried to collect all these artists that I thought were incredible that sing sad songs that I knew about… and all the while, tracing this history; tracing this ritual of practice of lament in Greece, in Egypt, in the United States, in Mexico. It’s everywhere. It just blew up and exploded into this beautiful musical universe, and that’s kind of what a PhD is, you know? You get into something, and then you’re like, “Oh my god, this is huge!” At this stage in the game, I’m sharpening my focus, and I’m focusing on just a handful of case studies that I’m going to use to exemplify my different theories about women’s laments.

Early on in your career, you definitely spoke about the difficulty of being a female musician in a male-dominated music world. What has changed or not changed for you in that regard?

What I have noticed is that there are a lot more women journalists and women journalists of color I’m seeing writing about this record, and that is just really wonderful to see these new fresh faces that are bringing their opinions and their writing to the table, because it used to be entirely white male-dominated when I was starting out. The main music magazines here were run by basically rock guys who kind of did not get me and were pretty antagonistic and hostile towards my music, which led towards me never being credited for originating musical movements — it being given to other people who were very clearly influenced by me. They said it in interviews… the history was dictated by the hegemony, and that’s just how it goes.

That’s slowly, slowly, changing, but it’s still not completely shifted… it’s still pretty dominated by the elite, and that goes for labels and digital service providers like Spotify… it’s run by who it’s run by, and those people are locking down on their power. So there’s not a lot that I see changing there, to be honest, but I do see that artists are starting to take more control… I’m seeing more artists leave labels and start their own labels now more than ever.

On the topic of female journalists emerging now and the history of music journalism being written by largely men and largely white men, I’m curious what you’ve found in your research regarding how past performers of women’s lament were written about by men, and how the work that you’re doing — both with your research and speaking about these topics as an artist — is shifting that narrative.

So parallel. If you think about the way that women were portrayed in, let’s say, the 1600s, from treatises you can read by men about women’s vocalists singing laments — the way that men dictated how women should sing had everything to do with them seeing women as a body that just emits sounds — an unthinking being that is just there for the purposes of a male composer. That idea that women represent the body and men represent the mind is all-pervasive amid a lot of people still today, and there’s an anthropologist that writes about this, Sherry Ortner… she writes a lot about gender and the concept of gender and continues to play a role in how women are viewed differently from men. In music, it’s that women are just these visceral creatures that just emit sound. They’re not considered composers; they’re not considered producers… and if they don’t compose or produce, they’re not considered skilled; they’re just bodies that sing.

How Nite Jewel was portrayed in the beginning by these white male rocker journalists — especially people at Pitchfork, [such as] the guy who reviewed my first album, Good Evening — if you look at the way in how he was talking about my record, it’s very belittling, and it acts as though I don’t know what I’m doing. He assumes that I don’t know what I am doing. That assumption is there because he has a highly patriarchal view of how women are supposed to work. It couldn’t be possible that a woman would compose, produce, and sing her own work, and it would be intentional. It had to be mistake. It was categorized as a mistake. I see that all the time with how journalists portray female singers. Björk talks about this… Jessica Hopper talks about this — about how Matmos wrote a bit of drums on a Björk track, and then they get all the production credit from journalists.

It’s the history of women being a body and men being the mind. There’s this essay by Sherry Ortner, Is Female to Male as Nature Is to Culture?… and I think that, unfortunately, a lot of white male journalists who dominated the landscape for the whole time, didn’t give women the intention and credibility that female journalists, a lot of the time, are now giving women, which is great to see that that’s changing.

Nite Jewel’s latest record, No Sun, is self-released now on Gloriette Records. It is her fifth full-length record. 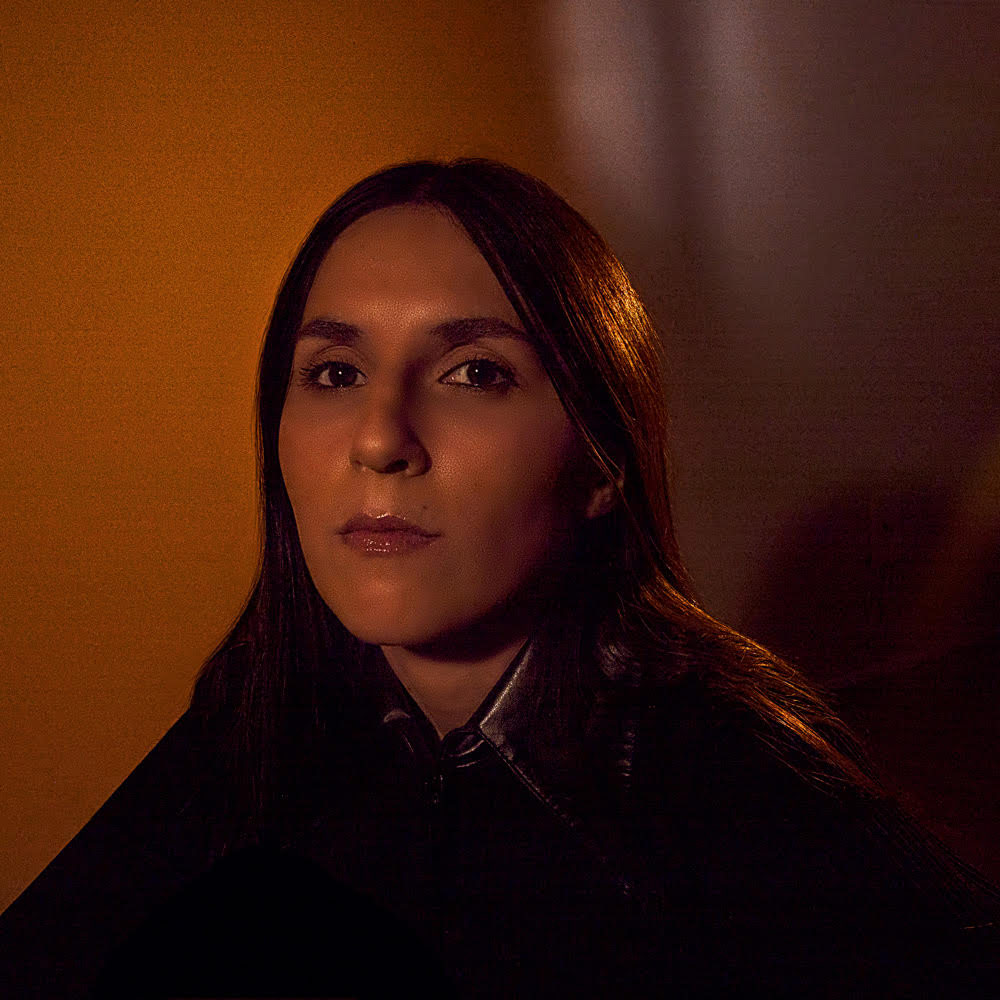