Alison Smith8 min read11 months agoAdd comment
Early on in North By Current, a documentary by experimental multimedia artist Angelo Madsen Minax, a family of four slides into a retro diner booth four days after a funeral. As the mother tries to make conversation and the adult children stare off into the middle distance, “Last Kiss” by J Frank Wilson and the Cavaliers crackles on the radio, singing, “Where oh where can my baby be/ The Lord took her away from me.” With dark circles under her eyes, their daughter Jessie voices what they’re all thinking: “How much longer is this going to last?”
This reenacted sequence depicts one of many brutally ironic moments following the death of Minax’s niece, Kalla. After three-year-old Kalla stopped breathing, Minax’s sister Jessie and brother-in-law David were charged but not convicted of child abuse by authorities in rural Michigan. North By Current, which catalogues the cracks in the official investigation, also traces the fractures in Minax’s family, eschewing certainty for contradictory memories and fourth-wall breaks. In particular, Minax’s return to his hometown dredges up his Mormon parents’ lingering discomfort with his experience transitioning to male.

As Minax reflects, his family members were both his subjects and co-collaborators. Scenes where they watch footage of themselves, sometimes interjecting to editorialize, were more than just meta touches.

“I’m not trying to necessarily deny the fact that I have editorial control,” he says, “but I do want to put my family members in the position where they feel like they have agency in how they’re being depicted. Doing the reenactments together was playful, but was also a way to be like, ‘You get to perform as you. I’m not trying to catch you off guard’ . . . My relationships with my family members definitely improved over the course of that.”

While difficult to shoehorn into a genre, North By Current begins by probing the investigation of Kalla’s death, which Minax’s mom laments as the “second nightmare.” Minax’s parents, whom Kalla was staying with three days prior, vouch for her safety, even while Kalla’s death certificate ascribed her death to “Homicide and child abuse that occurred monthly, weekly, daily.” Yet at least one expert suggested that she was suffering from an ongoing brain bleed. Although the homicide case was dropped after the child abuse charges collapsed, it left a bitter aftertaste. Indeed, interrogations and taunts of “baby killer” from strangers remain forever lodged in David’s memory.
Interestingly, Minax points to these incongruent facts not with a “gotcha” attitude but with the weariness of a war veteran. “I wanted to make a film about injustice. And here we are,” he confides.

Whatever his film is chasing, it’s not the drumbeat authority of a phrase like “monthly, weekly, daily.” When it emerges that Kalla had fallen down the stairs a few weeks before her death and that David was watching her at the time, the viewer is still no closer to exoneration or indictment. Since Jessie is determined to stay with the father of her children, Kalla’s fall is kept a secret from the other kids, left out of the family’s official record. Minax, who makes elegant use of symbols throughout the film, includes the fact that Kalla was grasping for her blanket while she fell. The irony of a toddler seeking comfort while tumbling down the stairs is brutal to contemplate.

In focusing on ironies such as this one, Minax offers North By Current as a counterargument to the assumptions inherent in the true crime genre. “The thing about true crime that people really love is that there’s often truths and lies, and they’re easy to define sometimes, and I don’t really believe that,” he says. “When we let life be as complex as it truly is, it’s almost more than we can bear. But when we really sit back and think about the density of experiences and relationships and identities, there’s no way that you can really parcel out every layer of codified truth and codified fictions.”

“For me, the film gets to put all of those things in the same place without defining moral judgements around whose truth is truest, which I think is one of the things that true crime does,” he continues. “True crime is about identifying culprits. If a culprit is neglect or chance or circumstances, it’s a much more uncomfortable situation to be in. But I think it’s a truer position.” 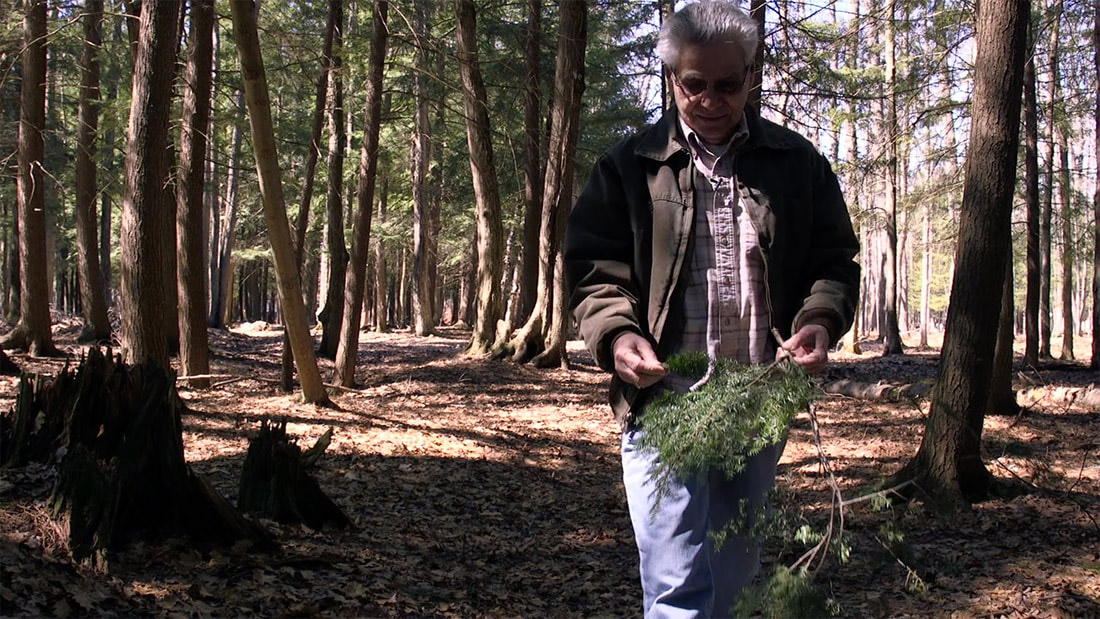 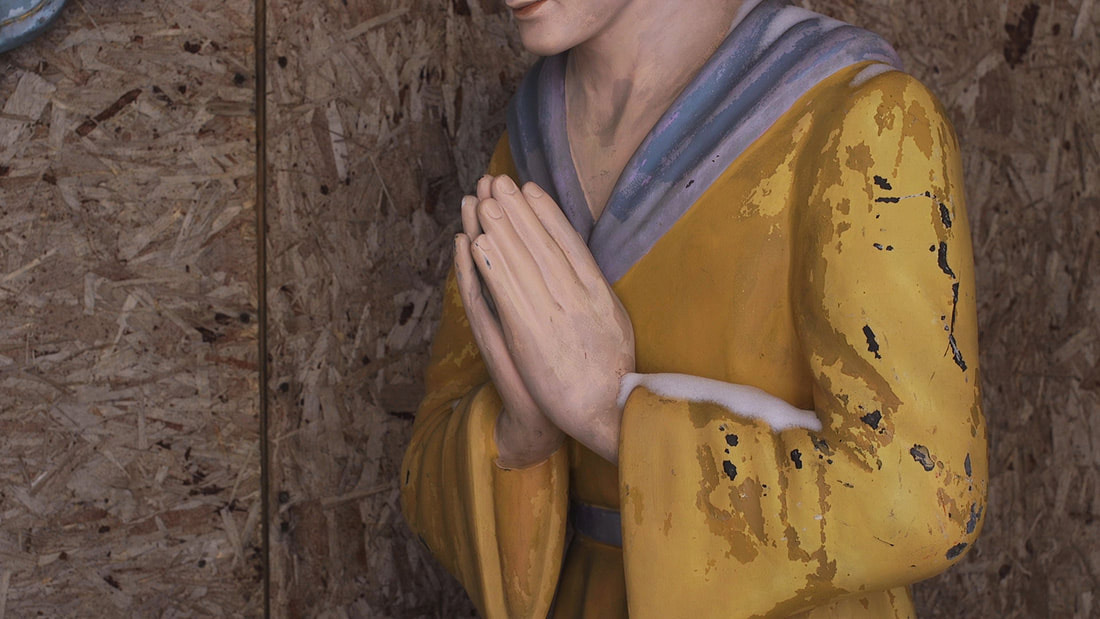 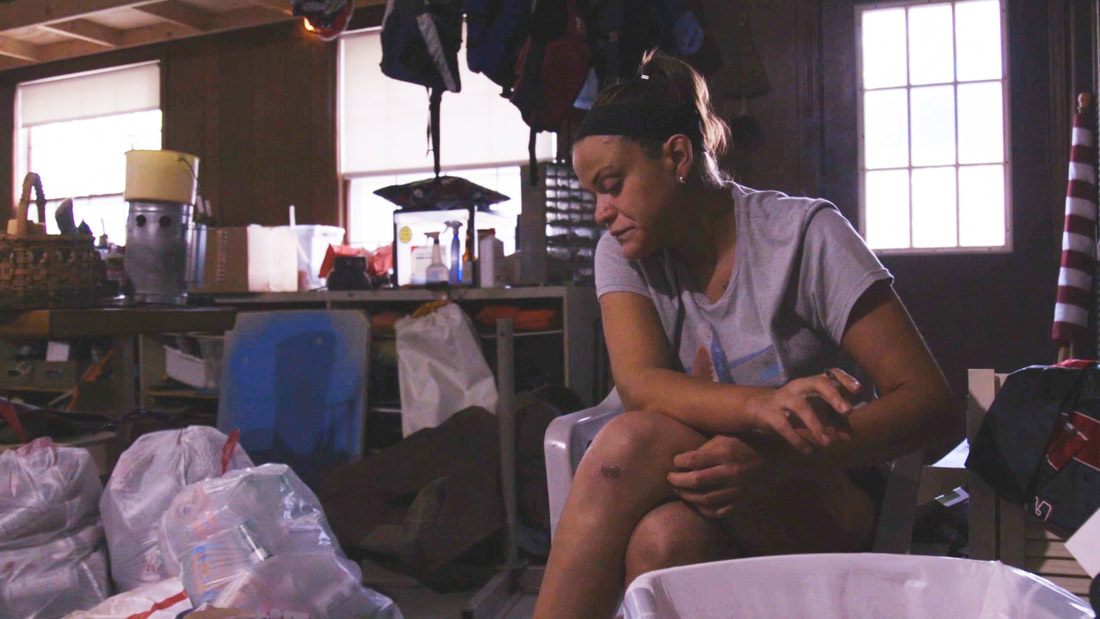 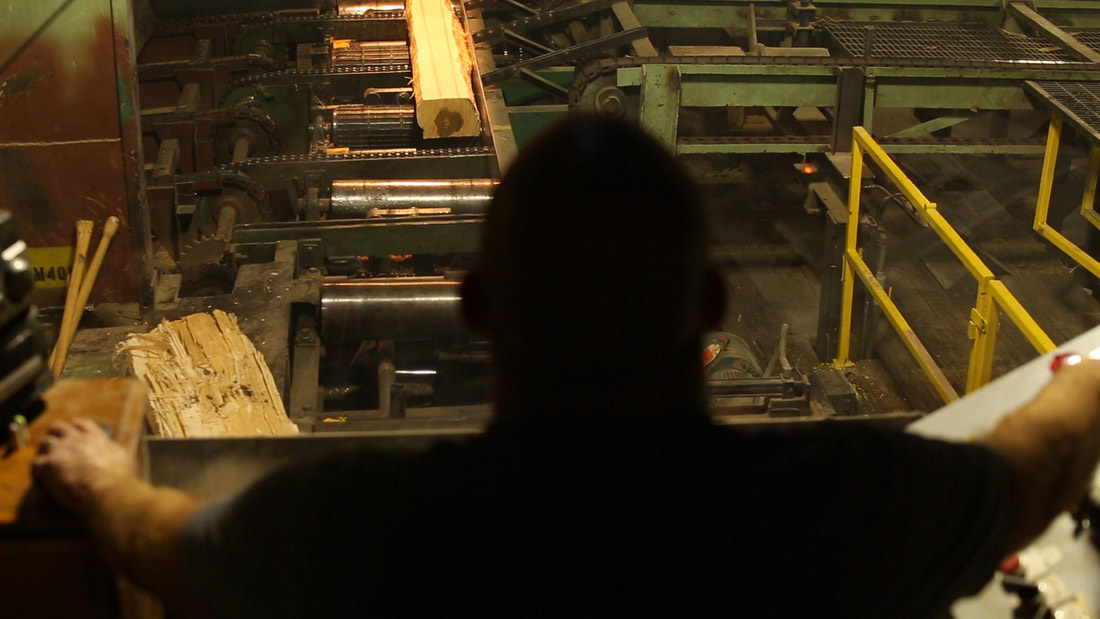 Cycles of Pregnancies and Births and Depressions

The years of 2016-2020, shadowed by the investigation, thrum with what Minax calls “cycles of pregnancies and births and depressions.” North By Current follows Jessie through her new babies’ naptime and bedtime, and David through difficult days on the warehouse floor. Even these new children, however, often feel like referent points to Kalla’s death. Indeed, Minax describes Jessie’s kids as three children for three years gone.” Yet they exhibit the kind of sideways kid logic that can be unexpectedly revealing.

In one scene, Minax and his nephew Levi make-believe that the closet is a prison. As the screen cuts to black, Minax asks, “Can I come out?”, to which Levi responds, “No!” When Minax asks for a “why,” Levi exclaims, “Because you can’t!” Levi’s insistence unexpectedly evokes the logical dead-end at the heart of the investigation. Minax’s own search for a “why” propels the film forward, but ultimately leads to no real resolution.

Those six years of reliving Kalla’s death while also navigating fresh traumas were arduous for Minax, who refers to himself as the peacekeeper in his family. “It wasn’t hard because it was hard to work with them, it was hard because it was hard to be in the presence of so much suffering, and also to be in crisis mode that frequently was really hard on the body. I feel like the degree to which I dealt with PTSD from it and whatnot was a fraction of what they’ve dealt with. That’s still their day-to-day; challenges still arise all the time, whether it be from mental health issues or addiction issues or issues with the kids. I think if anything, it helps me relax into that fact that there will never be closure from this.”

Although clearly a devoted chronicler of his family and hometown, Minax wisely avoids the role of neutral eyewitness or omniscient narrator. Instead, his own unruly past keeps surfacing through hazy home movies of arguments with his sister, school plays where he wears laurels and ghostly white, and his oddly prophetic baptism. Much of the film’s tension emerges from him and his loved ones negotiating the past. In one of North By Current‘s most blistering moments, a conversation about Kalla’s death is cut short when his mom looks straight at the camera and confesses, almost affectless, “We’ve lost two [children].” His dad adds, “We had a little girl named Angela.” Taken aback by this insidious comparison between Kalla’s death and his own transition from Angela to Angelo, Minax despairs over a black screen, “I’ve just worked so hard to be alive.” 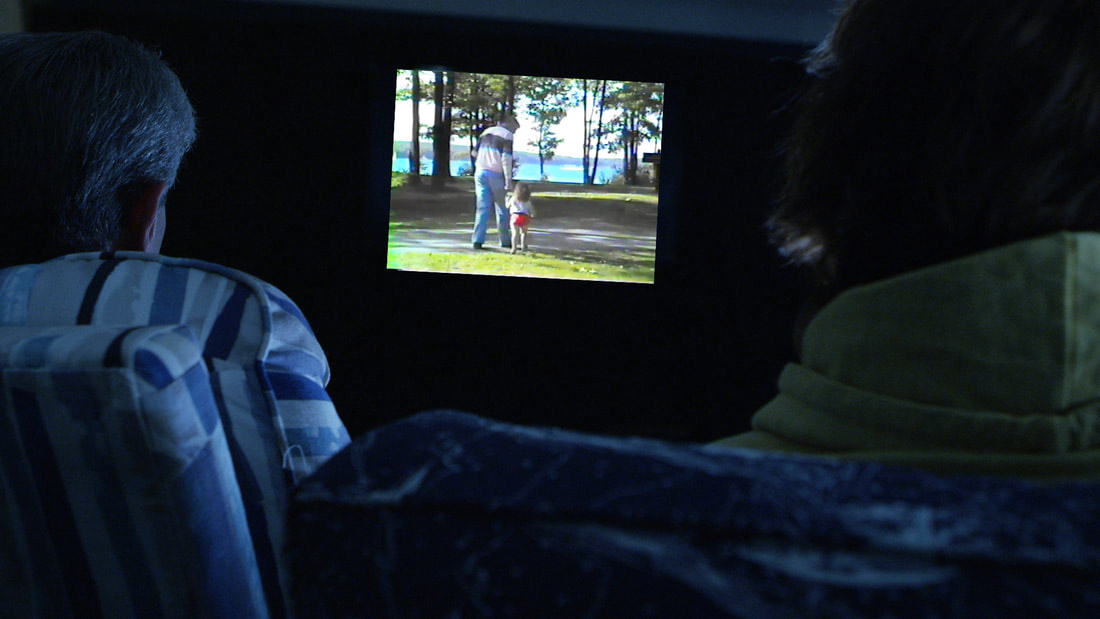 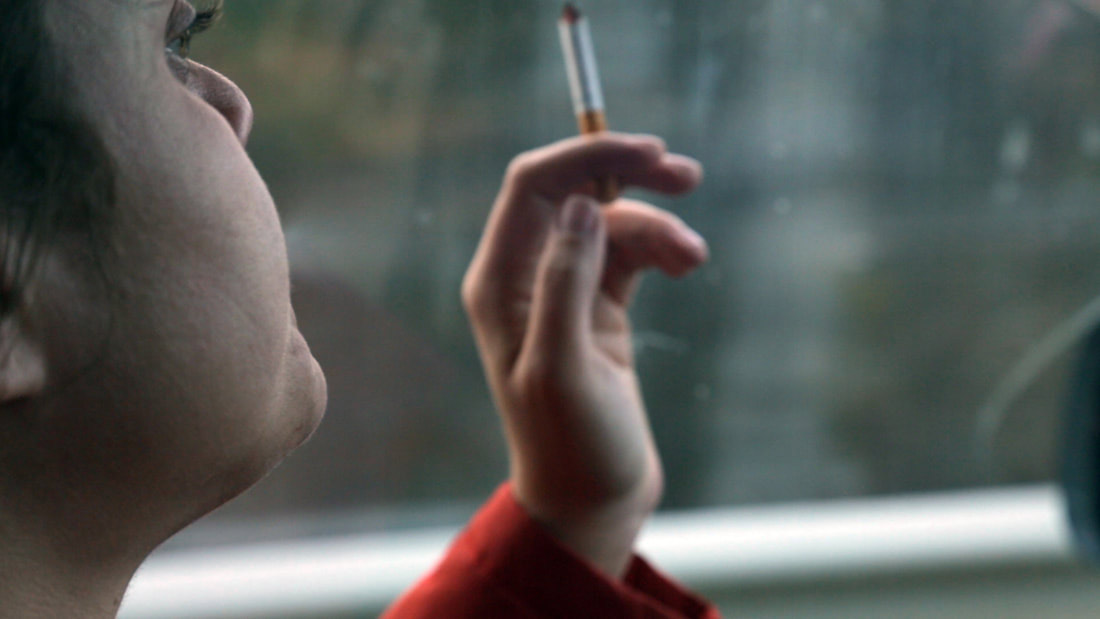 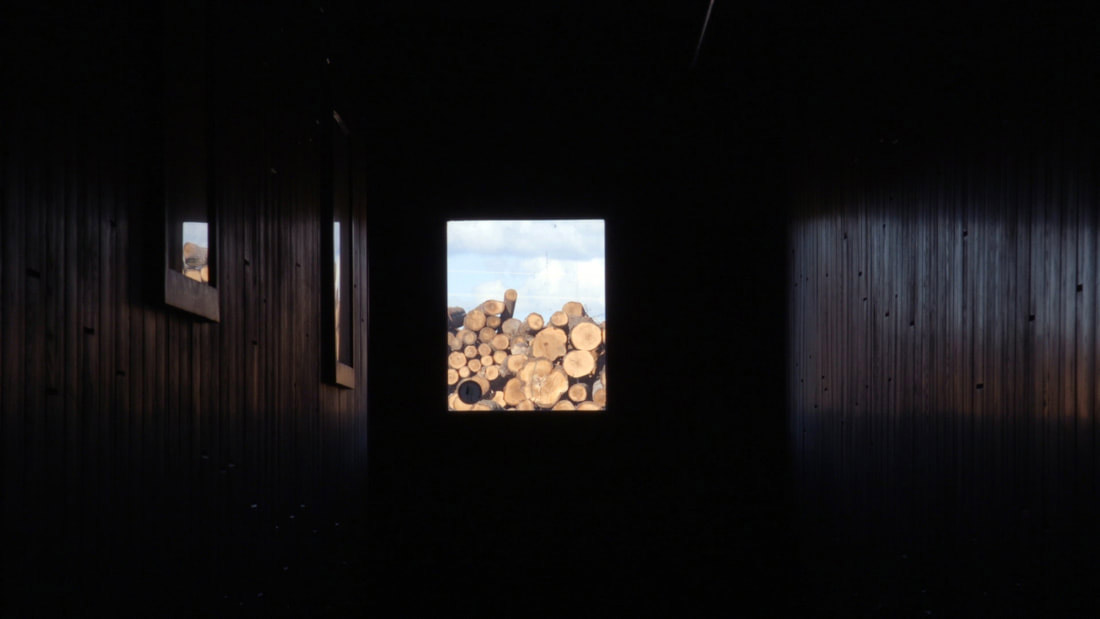 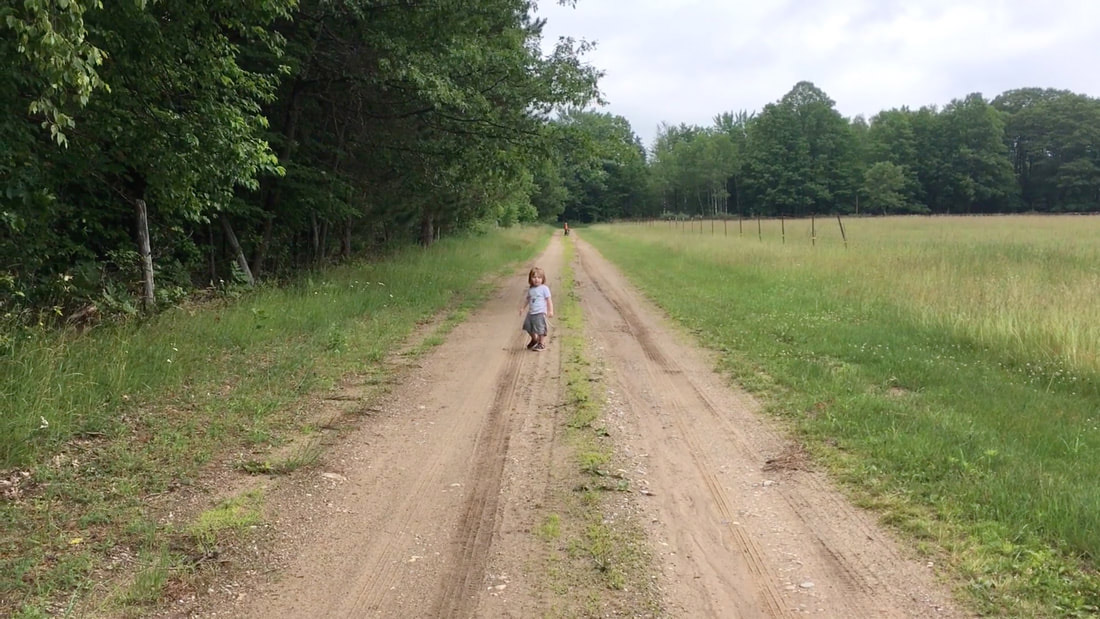 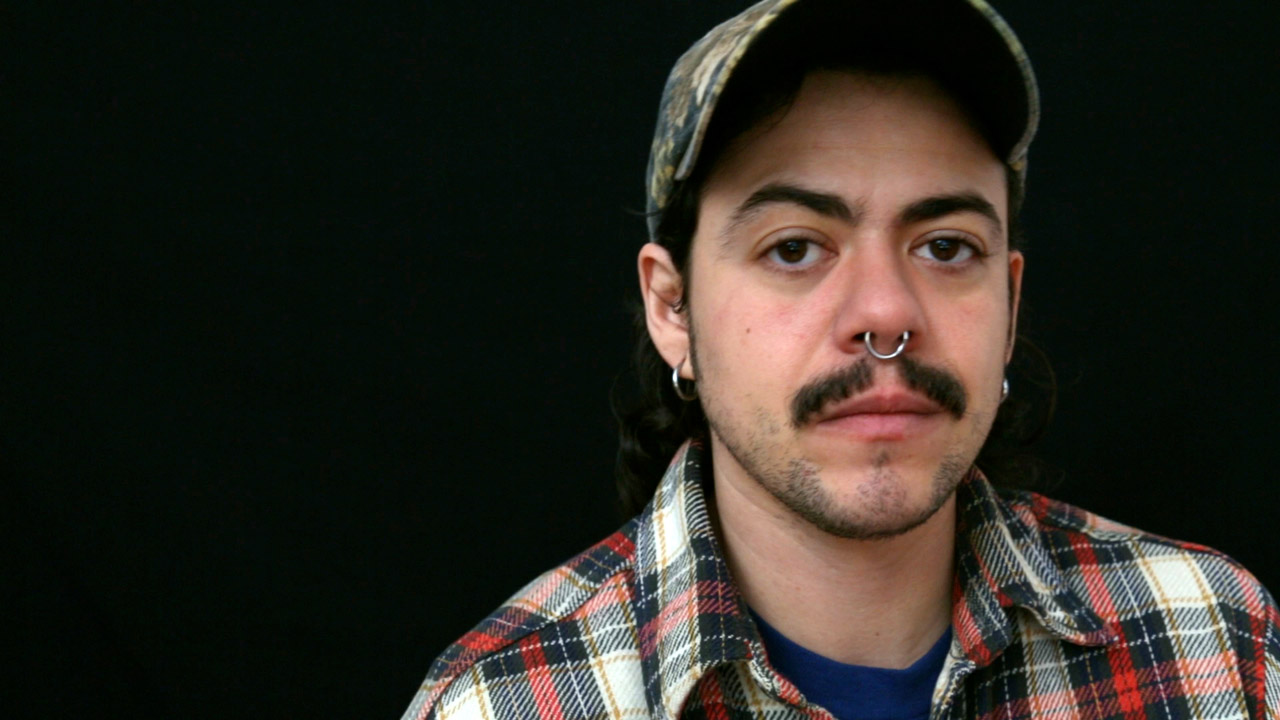 A Multiplicity of Perspectives

Perhaps this is the uncomfortable end point of the film’s commitment to a multiplicity of perspectives: the recognition that one person’s self-actualization could feel like another’s loss. A highlighted copy of the Book of Mormon provides the justification and metaphysical scaffolding for his parents’ sense of grief. At one point, they subscribed to the idea that reproduction is humanity’s duty to God. Near the end of the film, Minax asks his mom if she still believes that his being trans was God’s punishment. Now it’s her turn to be taken aback: “I don’t remember saying that.” But, she adds, tears in her eyes, “I love the person you are.”

For Minax, his parents’ journey toward acceptance raises questions about the power of words to drive personal growth. “I had a screening and there was a comment about the lack of adequate language to describe our experiences,” he says. “What happens with my mom is not that she didn’t accept me before, it’s that she was working through her feelings without adequate language to describe them. It’s almost like she rights her language more than she changes her mind. We know language is powerful. But at the same time, we have to have some room for people who are in flux and who are in development because we all are, all the time. If we can’t give them some space, who the hell are we? I think being able to ask my mom some hard questions definitely gave me some peace. Our relationship got better because I wasn’t holding that weight in my body anymore.”

Indeed, North By Current finds grace in capturing such moments of viewpoints in flux. In re-staging interviews, crafting reenactments, and resurrecting home movies, Minax forges new avenues for catharsis and healing. The film’s formal experimentation turns out to be key to the emotional inroads it makes. Yet the film never downplays the ambiguous tragedy of Kalla’s death; no amount of forceful forgetting or therapeutic remembering will resolve its basic senselessness. Every glimpse of renewal comes tinged with regret, and every successive marriage, birth, and game of make-believe orbits inexorably around the memory of Kalla. North By Current is threaded through with refrains of “One month before” and “Two weeks after.” “Last Kiss,” it seems, will echo on and on, long past the closing credits. 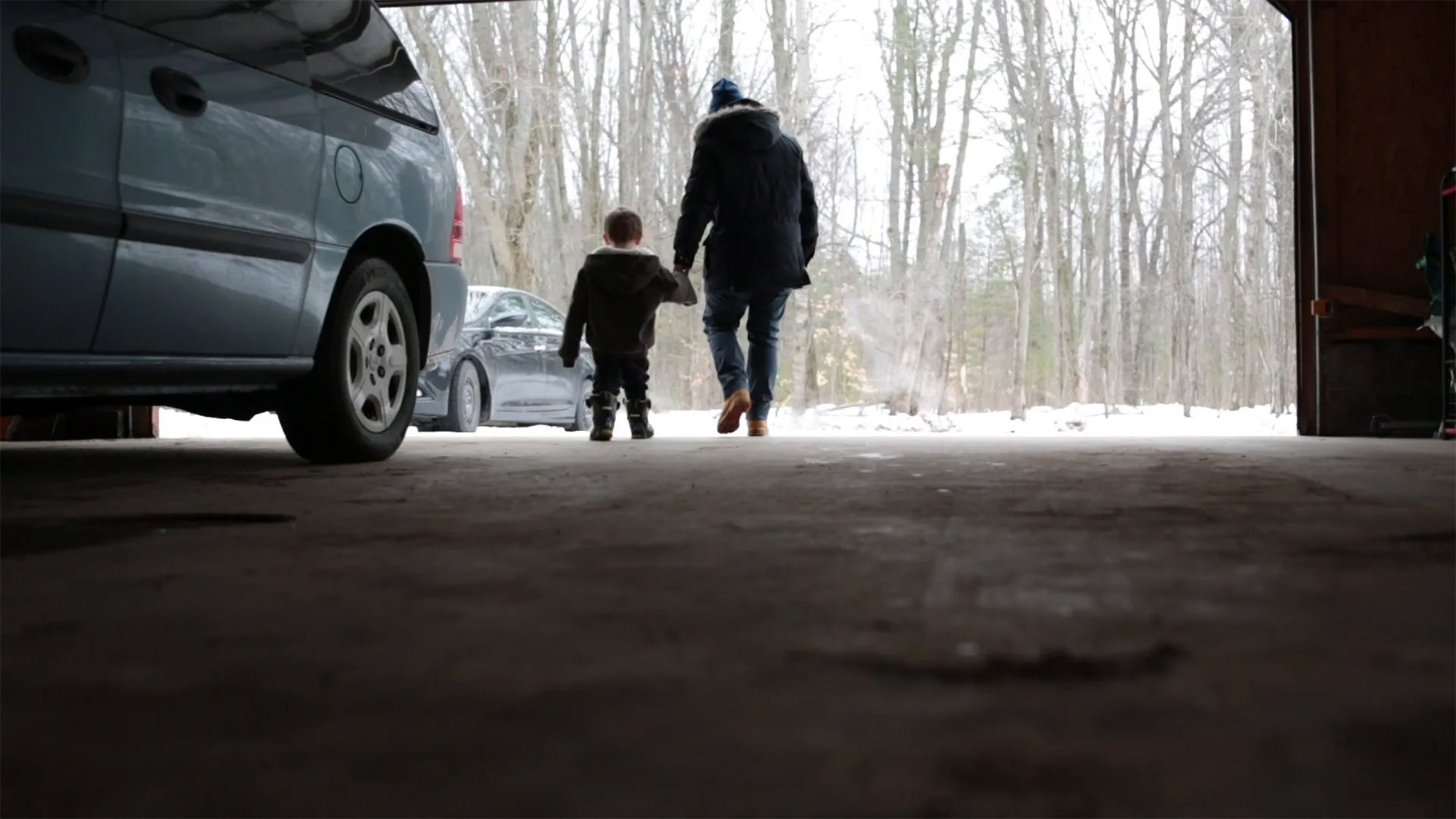 This film screened and was seen in Seattle at DocFest, hosted by SIFF. You can learn more about Angelo Madsen Minax via his website.