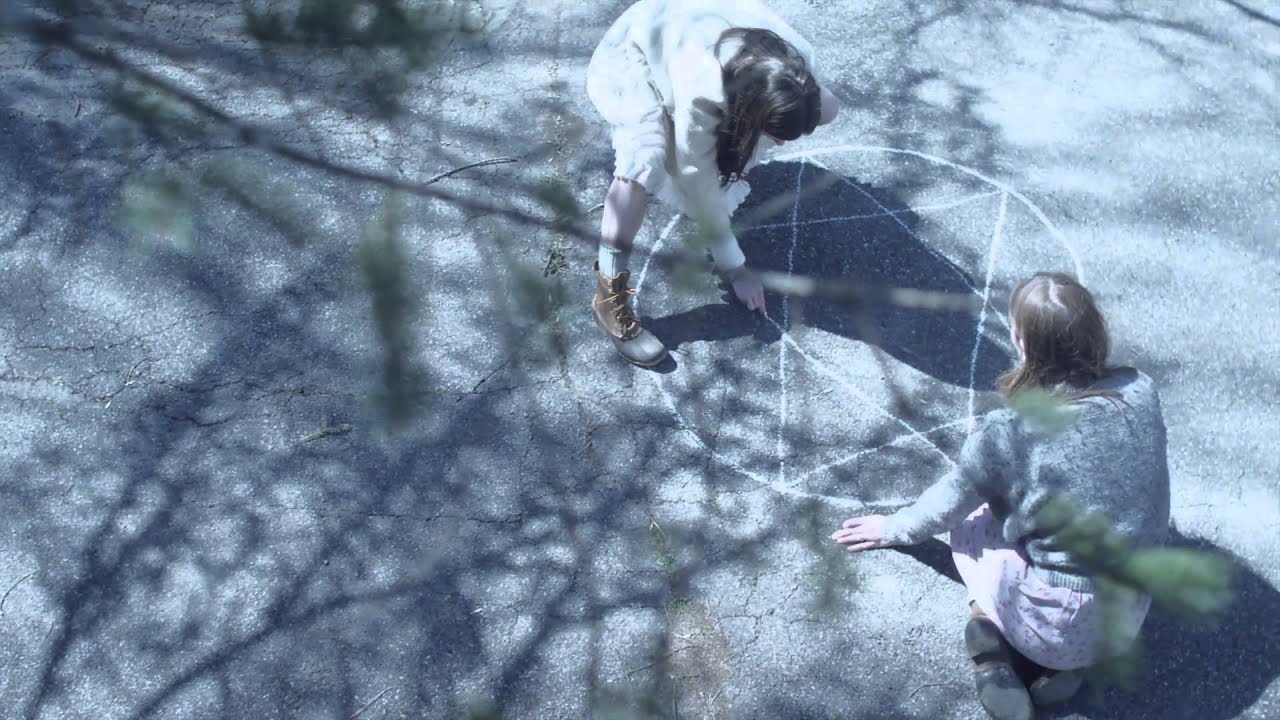 “I’m always drawn towards contrast and opposites in my visuals. I felt the song had both a lightness of touch and darkness of mood to it so I wanted to manifest that visually.” – Mona Fastvold

By focusing in on a simple guitar riff from The Megaphonic Thrift’s David Lynch-inspired track, “Fire Walk With Everyone,” director Mona Fastvold has turned an indie rock track into a setting for occultism, witchcraft, and magick practices. In the interview below, Fastvold expands upon the ideas that a walk over the Williamsburg Bridge crafted together in her mind.

How did the collaboration between you and The Megaphonic Thrift first form?

[The Megaphonic Thrift] got in touch with me after seeing the video I did for Chris Holm’s song “When I Die” (a dark dance/performance-based video of a young woman’s love for her dying horse (Editor’s Note: You can see it embedded at the bottom of this post.) I had only one very specific cult-oriented idea for the song, and luckily, the band liked it.

You had a lot of freedom in composing the visuals for this track. The song is rather upbeat and seemingly cheerful; the women in the music video can be seen as delicate and feminine. Stereotypically “dark” symbols, however, flash into sight occasionally. Why were they chosen for this video, and is there a message to be found in their presence?

It’s really wonderful to be given such freedom in the way you interpret something you are working on. I’m always drawn towards contrast and opposites in my visuals. I felt the song had both a lightness of touch and darkness of mood to it so I wanted to manifest that visually. I added the flashes of animals and anatomic drawings to play tricks on the subconscious in a dramatic and potentially humorous way. I felt it would add energy to the video as the song has this hypnotic drive and delivers constant sonic surprises.

How do you relate to those naturalistic symbols personally? Do you find them fascinating and approachable, distant and creepy, etc.?

I find them creepy and funny which is my favorite combination.

Considering the title, do you know if the track is David Lynch-inspired? If so, did that impact the video concept at all?

Everyone gathered in front of that TV to watch Twin Peaks back in Norway in the early 90s. Quite bizarrely it was sort of a family thing. I think the dark woods and the absurd humor communicated especially well with us. I was way too young and it scared me half to death but because of that I think David Lynch inspires everything I do a little bit. Maybe the band had the same experience?

Video clips that served as inspiration for The Megaphonic Thrift’s “Fire Walk With Everyone” music video.

Was there much research and preparation into the topics portrayed in the video prior to shooting?

When I get asked to do the video for a song, I walk over Williamsburg bridge to Manhattan and listen to it over and over until I have the right images in my head. It’s more like a fragmented dream than a story, usually. I tend to feel like too much narrative disturbs the song more than supporting it. I want to convey or heighten, sometimes contrast, the mood and a feeling of a song, not tell the story — that’s what the lyrics are for. With this one, the guitar riff made me think of ’90s films like The Craft and The Blair Witch Project. That led me to looking for images of women in formations and furthermore, looking at videos of nuns. I became fascinated by the rituals of these Roman Catholic nuns — women who surrender their life and self-control to an unseen force that’s nurtured by their dedication and sacrifice. I was drawn to a clip of a nun getting ready to join the order; the other woman was helping her get ready. There was something fascinating about their quiet joy and held excitement.

Do you or The Megaphonic Thrift have any relationship or interest in occultism or the rituals shown in the music video?

I was raised without any religion so I’m very fascinated by religious rituals. It seems there’s quite a bit of art being made about that nowadays.

Is there anything else you think we should know? Anecdotes or surprises, perhaps?

I always work with the same DP, Zachary Galler; his sense of light and movement is unique. He’s wonderful to work with. We are making our first feature-length film in the fall. We shot the video in Upstate New York in a friend’s house. A very raw and inspiring place.