Vee Hua 華婷婷8 min read3 months agoAdd comment
Terence Nance and I leapfrog through time and space. Numerous missed connections and mutual schedule misalignments occur until — two weeks later — we finally manage to get on the phone to speak about Nance’s new record, V O R T E X. Nance is halfway across the world by then, working on a project in Africa that can’t be discussed quite yet.
The multi-hyphenate creator may be best known for his filmic works — including the HBO series Random Acts of Flyness (2018) and the feature film An Oversimplification of Her Beauty (2012), which premiered at Sundance — but to limit Nance as a filmmaker would be foolish. Under the moniker of Terence Etc., his 2022 record V O R T E X, out now on Flying Lotus’ imprint Brainfeeder, follows up to Nance’s 2020 EP, Things I Never Had.

Similar to our hop-scotching phone call schedules, V O R T E X leaps and bounds liberally as it experiments with musical genres, rhythmic flows, vocal stylings, and divinated messages — not just on the record as a whole, but within each track itself. It is also paired with a short film directed by Rikkí Wright, asserting yet again that Nance’s creativity is expansive. More importantly, perhaps, that expansiveness reaches far beyond simply Nance; it is rooted in ancestry, history, and his elders.

“Everything I’m doing is because of my ancestors…” says Nance. “My parents are artists, and have a very polymathic sort of sensibility and a practice, and I have a wide range of curiosities.”

Nance credits his mother as a theater director, actress, movement person, and organizer who is interested in Black history and education, and comes from lineages with similar fascinations. Similarly, Nance says his father is a photographer, journalist, singer, and drummer, who comes from a family of musicians and photographers, among other things.

“Being in that family, we definitely have pretty clear family medicine…” Nance continues. “I think we were definitely raised in a way of being — a Black-centered way of being — that was about being in awareness and in praise of how our ancestors, how our family, has carried forward those practices. So I think that’s pretty important to come into a more careful awareness of. And to carry forward, obviously, as an uncle to the children in our family.”

Such perspectives even expand to those who Nance collaborates with on projects. V O R T E X features guest contributions by influential figures such as Nick Hakim, Serpentwithfeet, and Nelson Bandera, plus GRAMMY-nominated artists Brandie Younger on harp, Nick Semrad on Keys, and Raja Kassis on guitar. Asked for tips on how one might assemble a good team, Nance believes that there “no science” to it, but that having a practice rooted in values and ancestry can has connected him to others with similar ancestry and ancestral mandates.

“You just sort of look up, and the people who are there, are there…” Nance says. “It’s just God working, putting people together. It just seems all orchestrated.” 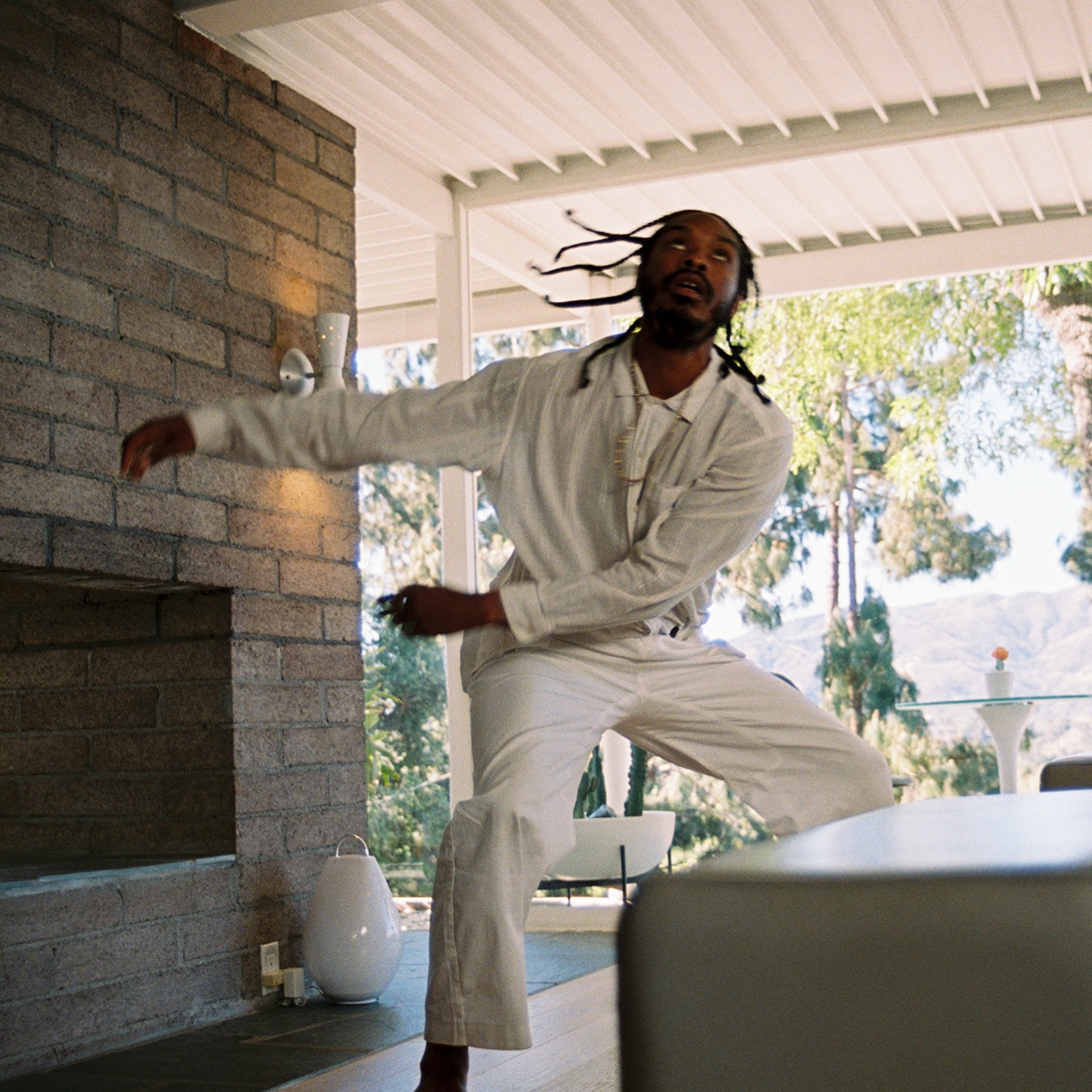 Initially, Nance conceptualized V O R T E X as a parallel experience to 2012’s An Oversimplification of a Beauty, but the record ultimately required a different type of time and attention than the film.

“I think that the songwriting itself was a lot less literal and a lot less real life quote unquote than Oversimplification… just because music, in general, for me, is more like a channeling practice, so whatever comes through is a little less identifiable with my own identity or story, or my body, or anything like that…” says Nance. “I think [V O R T E X] has its own sentience, in a way; it has its own sort of intentions that I am just even still understanding, and [it is] articulating itself as an album and a sonic experience that has its own space, that isn’t parallel to another story.”

Nance has grown to see V O R T E X as a “balancing tool between opposing energies of existence.” The album’s press release cites “Visions” from Stevie Wonder’s 1973 masterpiece, Innervisions, as influential for its ability to tell a story through different movements in a song.

Nance shares, “The type of fable or story that V O R T E X is, I think, asking [is]: ‘What are the many challenges to maintaining that kind of balance, as things are spinning around constantly?'”

At 11 tracks and clocking in at just under an hour, V O R T E X is a swirl of a listen. Its sequencing allows for an ebb and flow, like some kind of musical tide, which carries you along on a journey you can never truly predict, even upon multiple listens. Expressive changes are certainly present, but expressive repetition also plays an unconventional role.

For example, the album’s playful lead single, “In Contemplation of Clair’s Scent,” features the recurring phrase, “You’re like that,” as does “Dragon,” which repeats, “This is to that,” in an off-kilter rhythm. Yet even such repetition comes with a sense of dynamism.

“I’m just trying to find the rhythm and the amount of time to make the message stick,” Nance says, of the chanting. “It’s like the first time you say it, you feel a way; the thousandth time, maybe you’re really understanding it.” 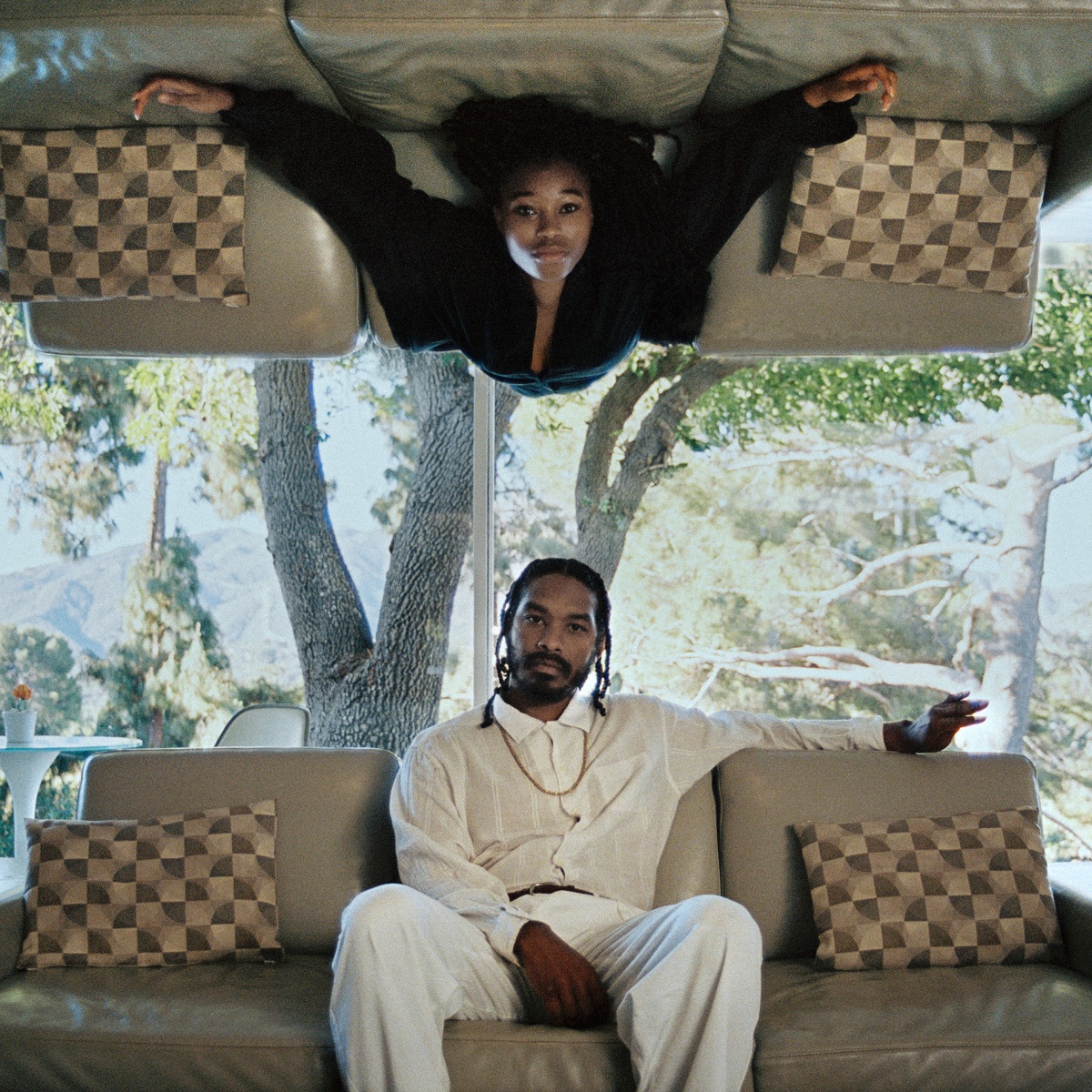 Music as an Outlet

Earlier in Nance’s career, music was seen as an outlet for filmmaking, due to what Nance perceived as the “psychologically, spiritually, and physically demanding” nature of filmmaking. Similar to any sport, Nance says film requires an off season, but creators often are not afforded one due to the how much interfacing with people and resources the craft requires in order for one to succeed.

Thus, from a “logistical and spiritual perspective,” Nance saw music as a medium one could tackle on their own, for less money. Though Nance now realizes that music-making is demanding in a different way — in part due to the nebulousness around distribution — music does allow Nance to explore the multidimensionality of creativity, in a more low-pressure way than Hollywood might.

“It’s a very Western concept to have a lot of sectarianism or separation between creative disciplines…” shares Nance. “In the hegemonic way of doing things, there’s a lot of specialization, you know? And that specialization is really, really codified in how films are made, especially in how unions operate, and how companies operate. It’s explicitly taboo and [one is] not allowed to cross [or] to make across disciplines.”

“The main tension that I feel is: because it’s explicitly not allowed, that obviously requires that I be more fugitive and outside of the hegemonic systems,” Nance says. “Because when I was in it, I ended up doing things that are not allowed.”

Yet as Nance raps, sings, narrates throughout V O R T E X and musical breaks give way to significant tonal shifts, the visuals are still vivid in the mind’s eye. One can picture a mash-up montage of image and video snippets which span technological mediums and editing styles.

It’s serious work — technically-robust and detail-oriented — but the record seems to come with a sense of freedom and play, also. Perhaps it is because Nance has learned to disassociate from the Western, hegemonic dynamics that previously felt limiting, to instead focus on what is being made in any given moment.

“At the end of the day, [I’m] just making, in a way, that satisfies my curiosity,” says Nance. “And a lot of my curiosity is about the technical execution of each aspect of everything. How things are made.”

But there is also so much more to unpack. Central to the album’s imagery is the spiral, a symbol which is used the world over and connected to such themes as life, creation, birth, evolution, awareness, and growth. The life-giving spiral is obviously connected to the title of V O R T E X, but it is also referenced on the album cover, as a symbol in its upper corner, and in Nance’s hairstyle.

Like the spiral, V O R T E X is, and can be, many things. And those things are likely to change across space and time. Follow Nance’s lead, though, and perhaps one need only to be engulfed by the album’s calculated chaos, in order to find a sense of balance.