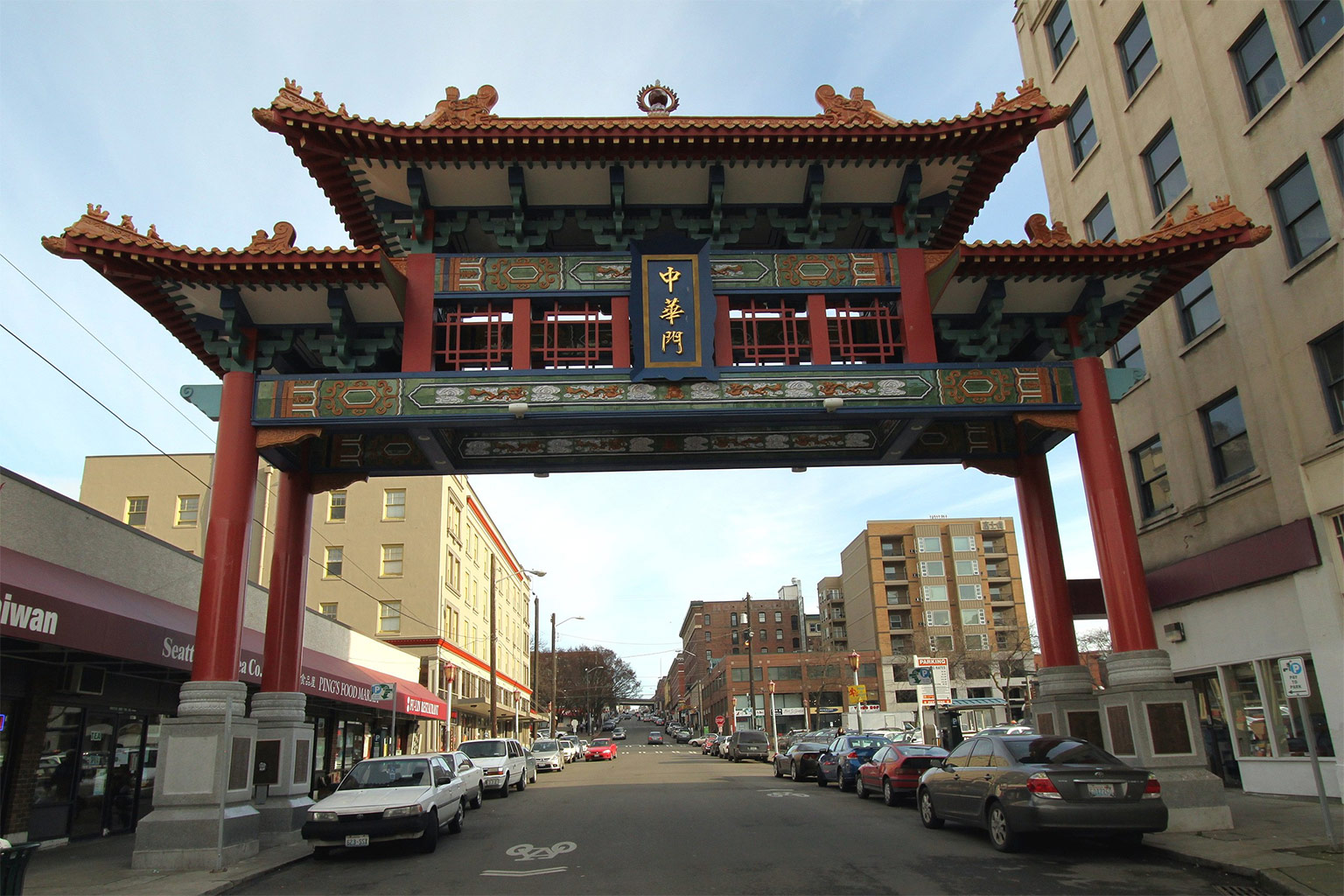 The Wing Luke Museum Archives: Gentrification in the Chinatown-International District

In the present day, the 2022 Sound Transit proposal for a second C-ID light rail station, set to open in 2039, has raised similar community concerns. The original proposal would have taken up a block of 5th Ave., by the historic Chinatown Gate. Activists urged a counter-proposal on 4th Ave., closer to the outskirts of the neighborhood. Yet as the South Seattle Emerald reported, that proposal would require the 4th Ave. viaduct to be replaced, costing a half-billion dollars more. The C-ID has often been the victim of large-scale infrastructure projects enacted without its consent. As Fisher says, the Sound Transit proposal “again brought out a huge community outcry to quit doing these transportation projects in Chinatown.”

Another gem from the Wing Luke’s archives is the 1998 documentary Finding Home in Chinatown: The Kong Yick Buildings. MIPoPS digitized the full, uncut oral histories that form the core of the film. In 1905, around 170 Chinese merchants of the Kong Yick Investment Co. pooled their money to build the complex. The stately brick buildings boasted small groceries, brightly colored family associations, and a Chinese National Party outfit. In the alleyways, families lived in mezzanines above their storefronts. Such was the sense of community trust that at one grocery store customers freely took items, paying their bill at the end of the month.

Finding Home also details the controversial 1994 gambling bust of the buildings by federal marshals. Gambling and lotteries flourished in Chinatown, especially when Chinese-Americans were banned from saloons. Ultimately, though, the Kong Yick Investment Co. paid a $325,000 settlement fee and still retains the buildings. As Fisher notes, “For a long time, Seattle was a pretty open city when it came to illicit activities, and it wasn’t until later that they tried to clean things up.”

In the archives, community activist Donnie Chin (1955-2015) describes this “clean-up” as “pretty harsh. They probably went overboard.” Chin draws a distinction between syndicate gambling and elders playing mahjong. He was enmeshed in the neighborhood, founding and leading the International District Emergency Center (IDEC) from 1968 until his death in 2015. Chin’s interview actually begins in medias res, or mid-story, as he deals with an unfolding crisis: a frantic woman has had her car broken into and doesn’t know who to call.

As Fisher describes, IDEC checked up on elders, provided first aid and translation services, and led safety drills for businesses. Because of the language barrier, residents had trouble accessing services, and it took a long time for police to respond to calls. According to Chin, the center was more often than not “in the hole,” money-wise.

“Donnie was a saint,” says Fisher. “He was a selfless guy who dedicated his life to the neighborhood. He was the liaison for the fire department and the police, and really helped galvanize the city to give the neighborhood more services.”

The Wing Luke’s newly accessible oral histories with the neighborhood’s fixtures, icons, and rabble-rousers sparkle with this sort of devotion and grit. Santos, Chin, and others fought for the neighborhood’s concerns, which echo in the decades since.